The Human Race Could Be INFERTILE In 50 Years: ‘A Push For Depopulation’ Will Be ‘Global Crisis’ 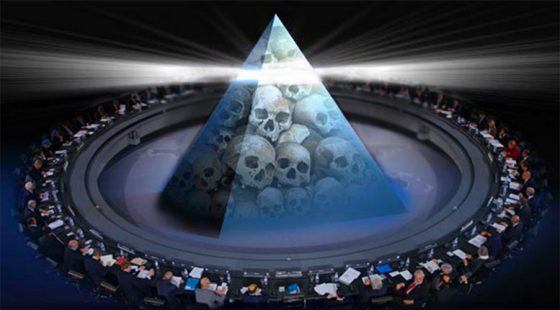 Male fertility is dipping, and fast. Humans are on course to be infertile in a mere 50 years. Sperm may prove to be the greatest casualty of modern life.

According to The Telegraph UK, last summer, scientists at the Hebrew University of Jerusalem found that male sperm counts had fallen by almost 60 percent in 40 years. In what was the largest study of its kind, they analyzed data from 43,000 men from North America, Europe, Australia, and New Zealand, taking in 185 studies from 1973 to 2011. Its lead author, Dr. Hagai Levine, decreed the result an “urgent wake-up call.”

Joe Joseph of The Daily Sheeple says it could have something to do with our over-radiated, over-vaccinated, and under-nourished culture, and he’s probably not far off. Dubbed “Spermageddon,” the results of this study could point to humanity’s extinction in the near future. Joseph says this isn’t just fear mongering.  This is something we should be concerned about.

“Interestingly enough, we started to see sperm counts start to fall shortly after Margaret Sanger and the real push for depopulation,” says Joseph. “Not only do we have sperm counts that are down 60% in the last 40 years, but then through social engineering, we have changed the way society works, the way it’s constructed, the way that people make ends meet. Now, mom and dad all have to work full time in order just to have that “American Dream” middle-class lifestyle; and even then, you’re struggling.”

We’ve become such a self-centered population that most have it engrained in their minds to not have children if they want annual vacations and the middle-class lifestyle. The birth rates reflect this self-centered mindset, says Joseph.  “This is a ticking time bomb…it’s been going on for some time and people have not been paying attention to it. I’m telling you, within my generation, from between now and my retirement…that retirement “age”…I’ll never retire…in that time, 25 years or so, watch. This is going to go from back burner stuff to a global crisis,” Joseph said.