The Global Order Is At Stake: China, Britain And Clinton Warn: ‘Save The World From Donald Trump… Political Insurgents’ 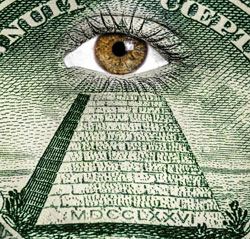 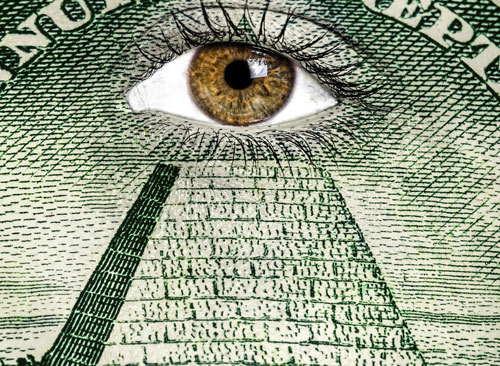 Having failed to derail Donald Trump from a Presidential race that has left pundits, analysts and politicos in a state of shock and bewilderment, Democrat front runner Hillary Clinton is now anxiously soliciting donations so that she can save the world from the scourge of the strongest anti-establishment candidate in American history:

Hillary Clinton’s political team says that only the former Secretary of State can save the world from Donald Trump.

“I don’t know how else to say it: The whole world is counting on us to win this thing,” wrote Deputy Communications Director Christina Reynolds in an email to supporters. “And we owe it to them to step up.”

“Please give today and let’s start defeating Donald Trump right away,” Reynolds concludes, promising to send donors a bumper sticker if they kick in.

Trump’s domination on the domestic political battlefield has changed the dynamics of the Presidential race to such effect that it’s not just Republicans and Democrats who are terrified of what the off-the-cuff candidate may do should he be elected, but global leaders as well.

Following Trump’s de facto nomination this week, none other than the former British Prime Minister Tony Blair, a card carrying member of the globalist Council on Foreign Relations, has weighed in, closely echoing Clinton’s warnings suggesting that the whole world has a Trump problem:

There are insurgent movements to the right and the left that are very populist, very charged with emotion. They’ve come out of people’s anger—they feel that the system isn’t responding to their needs…

… Frankly it’s happening all over Europe.

… The people feel the system is not responding to their needs and the easiest thing in politics where there is a lot of anger is to ride the anger.

… There’s no doubt that it’s real, as it’s going on all over the world.

… As a friend of America, what I would want to see is a President that is going to have America strongly engaged in the world… there are new powers arising… there are big challenges of security and geo-politics.

Like a good globalist, Blair couldn’t have chosen a better word to describe the political outcry taking place in Europe, The United States and elsewhere. To the globalist establishment this is an insurgency.

But perhaps most telling of all as to how dangerous Trump is to the current and emerging world order is the response from the Chinese government’s media mouthpiece the Global Times, which claims that the Republican nominee’s trade and geo-political policies could lead to serious problems. As reported by Zero Hedge:

If Trump really captures the White House, what will it mean? This scenario is becoming increasingly serious.

The US traditional political elite and media have long ignored the drastic changes in US society. Rising against the repression of the GOP establishment and the mockery of US mainstream media, Trump will substantially shake the conventional US’ way of operation.Acquiring more authority from US society, he will be expected to bring in more reforms, that might change many established policies.

According to Trump’s current policy proposals, a Trump-led US might be inclined to isolationism and attach more importance to “America First,” and American economy. Ideology will be downplayed. Washington might engage in more squabbles with its free-riding allies, and tighten up its immigration policy which as a result will upset the Latin Americans. After enjoying massive trade surplus from the US for years, China and Japan will be demanded by Washington to widen market access.

It’s clear that world leaders, including Hillary Clinton, understand there is a massive change brewing in the global populace.

From East to West the established order is under threat.

But as should be clear from their speeches, statements and actions, the establishment’s intent is to maintain the status quo. And that means they must stop Trump, Sanders and anti-establishment candidates running for elections in other parts of the world at any cost.

And should they fail and the anti-establishment insurgency takes hold, as China notes, things could get very, very serious.

The people have had enough. Not just in America but everywhere.

Exposed: This Incredible Interview Blows The Doors Open On The New World Order