The Forecaster: Can This Computer Predict The Future? (The Government Certainly Thinks So) 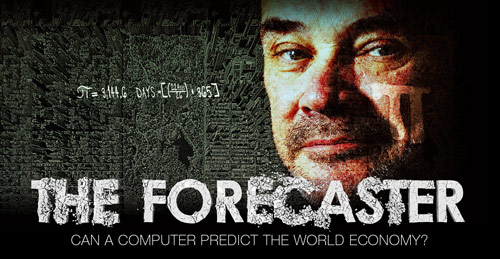 He had not be charged with any crime. He was never given a trial. They simply arrested him, seized his life’s work, and threw away the key.

Because according to many in the global trading community he had devised a computer model that was capable of coalescing and analyzing thousands of years of economic, political and financial data. The system he had built was so “intelligent” that it allowed his firm Princeton Economics to literally predict the rise and fall of entire nations.

Some call it hype. Some call him a crackpot.

Whatever you may believe, the facts are clear. He documented his predictions publicly, once even taking out a full page advertisement in USA Today just weeks ahead of the Savings and Loan crash of 1987 warning of what was to come. Next he pegged the collapse of the Japanese economy. Then the Russian Ruble, the dot-com bubble and the 2008 global economic crash.

He’s out of prison now, but while incarcerated Armstrong continued to analyze, write, sketch charts, and share his findings via surrogates who posted his work on the internet. We carried some of his key essays here and the rest are available at his new web site Armstrong Economics. We urge our readers to give them a look because when you do you will peer into the mind of a genius – truly.

His analysis of not just stock markets and precious metals, but capital flows and geo-politics provides a view into global events unlike anything you have ever read.

The U.S. government wanted his source code so badly that they, under the direction of executives at some of the country’s largest financial institutions, left him to rot in a cell until he gave it up.

Among other things, Armstrong has been predicting a massive global paradigm shift that will be taking place very soon. He first made the prediction thirty years ago in 1985. The target date? 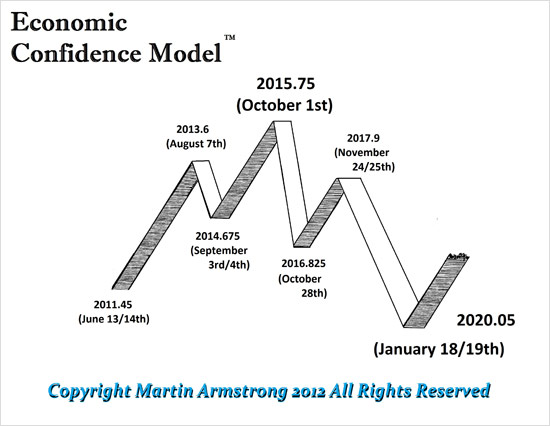 He provides a basic overview of this particular date in his most recent post, Big Bang 2015.75. Last month Armstrong warned that, while unlikely, whatever is coming will be so significant that a Mad Max Event Is Possible, so the Fall of 2015 won’t just be your average stock market crash.

Whatever you think about Martin Armstrong, is it possible that his model works?

The government certainly thinks so.

How All  Systems Can Collapse Overnight

Looking Behind the Curtain: The Real Conspiracy [PDF, 17 pages)

The Collapse of the Rule of Law: A Prelude to Disaster [PDF, 20 pages]