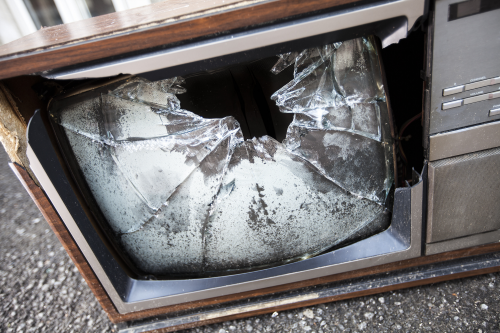 The mainstream media has been fighting a losing battle against independent news outlets (AKA fake news) ever since the internet took hold in our society. Countless newspapers have filed for bankruptcy, and news channels have faced dwindling ratings.

The only news channel, at least in the US, that still commands solid ratings is Fox News. Unfortunately for Fox, the average age of their viewers is 68, which isn’t exactly a profitable age group for advertisers. And more importantly, that statistic suggests that the company’s viewership is literally dying out.

Still, Fox has been wiping the floor with every other news channel for years. Just a few months ago their ratings were better than CNN and MSNBC combined. Fox is without a doubt, the last bastion of successful mainstream news.

That’s not the case anymore. For the first time in 17 years, Fox’s ratings among a key demographic, fell behind both CNN and MSNBC.

For the week of May 15-19, Fox News averaged just 497,000 viewers in the advertiser-coveted key demo of adults 25-54 during primetime hours, compared to CNN’s 589,00 and MSNBC’s 611,000, according to the Hollywood Reporter, which cited data from ratings tracker Nielsen…

…Flagship shows such as CNN’s Anderson Cooper 360 and MSNBC’s The Rachel Maddow Show performed particularly well, while Fox has seemingly struggled with the loss of Bill O’Reilly’s The O’Reilly Factor, which had consistently led all cable news programs in the ratings for the better part of two decades. O’Reilly departed the network last month following a report that he had allegedly settled multiple claims of sexual harassment with high-dollar payouts.

If a juggernaut like Fox News is struggling, then you know the mainstream media is near death. It may not look like it, since CNN and MSNBC are making up for it with stronger ratings. However, those ratings are only being fueled by people who hate Trump. That’s not a very good business model because he’s not going to be around forever.

And in any case, the ratings for these channels are pretty intermittent. Liberals are tuning in when they think Trump is going to be impeached, and then dropping out when nothing comes of his controversies. So what little success these channels have now, doesn’t have any staying power.

The bottom line is this: The only mainstream news channel that was consistently successful has been knocked down, and it probably won’t be the last time this happens. Fox is now reaching the same popularity levels as CNN and MSNBC, which have been a ratings joke for years. These channels are now in a battle for survival, as they compete for dwindling ratings that are routinely dwarfed by internet cat videos. The establishment mouthpieces are officially on death’s door, and it’s only a matter of time before they become completely irrelevant.