The Final Government Objective: Enslave or Kill Us All 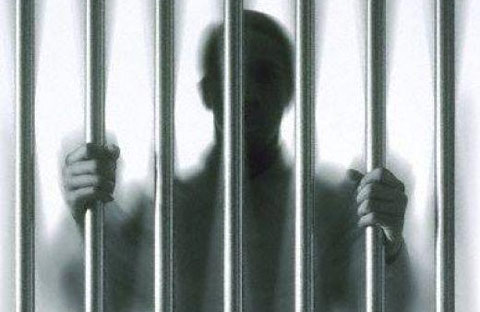 In the world situation, we are all aware of the “hot spots,” such as North Korea, Syria, and Ukraine that could escalate into a full-blown regional war and then expand even further, either on their own or with “assistance” from governments and oligarchs alike.  We also have seen a rekindling of the tensions that existed during the first Cold War and the shaping of a new Cold War with Russia.  Meanwhile, with all foreign policy in shambles and diplomatic ties in a limbo-vacuum, the U.S. government has adjusted its pace domestically.  The President was sworn in with a tide of almost “messianic” fervor; however, 6 months has elapsed with little change evident and many of his reforms stopped dead in the water for the time being.

Domestically the U.S. government was instituting and initiating “reforms” at a running pace under Obama.  The reforms were actually removals of more and more of our liberties.  This pace has slowed down, but has not ceased.  Read the article Senate Bill: Travelers Must Register Cash and Digital Amounts Over $10K or Face 10 Years in Prison and Full Asset Seizure.  Labeled Senate Bill 1241, this nefarious totalitarian measure also contains provisions for wiretapping anyone suspected of “drug trafficking or money laundering” to fit the bill for asset seizure and further torment by the government.

They want to know everything you have, everything you’re doing, everywhere you’re going, and track you in real time with your happy cellular telephone.

We may appear to digress, now, but this next item is chillingly interrelated to the information previously mentioned.  Another article by a neuroscientist, a Miss Shelly Fan.  The government has been working on technologies such as this one for some time.  Here is the first step, in Miss Fan’s article Forget Police Sketches: Researchers Perfectly Reconstruct Faces by Reading Brainwaves.

There you have it, straight out of George Orwell’s “1984,” where Winston Smith was confronted and tortured by O’Brien.  The latter informed Smith there were two problems for the State (Oceania) to overcome: How to kill off hundreds of millions in an instant, and how to know exactly what a human being is thinking.  Well, here we are.  If they can pattern facial recognition technology to create sketches of people from the human mind, how long will it be before they can take your thoughts and formulate words or other images…even place them on a screen and store them for later use.  Will such a thing hold up in a court?  Probably not.  Nowadays, they don’t need probable cause to snag you…only “reasonable suspicion,” and they can doggedly pursue you across the ends of the earth.

Each week or even more often, we are seeing more technological advances, along with more Draconian, totalitarian edicts termed “legislation.”  Here we see the enemy of the people in the form of a tyrannical state that has abused its powers and privileges afforded it by the Constitution and the vote of the people.  Here we see an almost bankrupted government, running on the fumes of Fiat currency and the treaties made in the birthing of the vampiric Petrodollar…a medium created with the Saudis that (as evidenced by Qatar) they may very well be the ones to plunge the stake through the heart of the vampire.  Here we see the last stages of a Republic’s collapse into totalitarianism.

The almost omnipresent police state…the federalization local and state police departments and Sheriff’s departments, the fusion centers, the data collection facility in Utah, the steadily-hatching CCTV “chickadees” popping up on every corner, in every gas station, public building, and convenience store.  It is a well-known fact that before an empire slips completely into tyranny, it enslaves, torments, brutalizes, and kills its citizens.  Foreigners come and go, illegally and with a passport, carte blanche: Americans are the ones subjected to the scrutiny when they travel.  An empire can’t have its subjects…taxpaying, system-supporting subjects…going “off” the reservation, now, can they?

If there is a war, I have stated (and stand by the assertion) in previous articles that the war will be initiated with an EMP (Electromagnetic Pulse) attack.  Stefan Stanford penned a brilliant article entitled, This ‘Game Changer’ Could Lead to 270 Million Dead Americans and Foreshadows a Massive False Flag on the Horizon.  Stefan’s belief is that an EMP may be too severe for TPTB to recover from without losing a great deal of their assets.  He expostulates an excellent theory that it will be a controlled cyberattack that accomplishes exactly what the EMP attack would, minus the recovery time.

He also mentioned the show “Revolution” that had a couple of seasons and then was discontinued abruptly and for no reason when the ratings were good…a show that had a cyberattack that brought down the whole shooting match as its theme.  Readers also undoubtedly recall the “Jericho” series that lasted only 2 seasons that had nuclear devices exploded in 23 American cities to collapse the country and usher in a new era of chaos and “warlord” type engagements between factions claiming to be “the” legitimate government.

Stefan and I are in complete agreement with the fact that these cancellations are way too obvious when you consider the predictive programming policies carried out by the U.S. government and Hollywood, the puppet-lackey of the State.  The scenarios are too feasible to be discounted.  In the meantime, the public plods through the day, dulled to the everyday events that lead us closer to the corral, and eventually into the cages.  We need to focus upon these changes as they are made and keep abreast of what is happening.  Such measures are neither “cheap,” nor are they instituted by our wonderful Congressional members for no reason.  It would be a lack of reason to discount such actions as anything other than plans for the future…their plans to rule it, as well as their plans to “deal” with us.