The Federal Reserve Just Admitted To Fueling The Asset Bubble!

The central bank is finally admitting what most of us have known for some time now.  The Fed is fueling the asset bubble and pumping a lot of money into a “booming” economy.  As Bloomberg’s Richard Breslow details in today’s note, the worst kept secret in the financial world is now not only accepted orthodoxy but finally being discussed openly by, at least some, authorities. 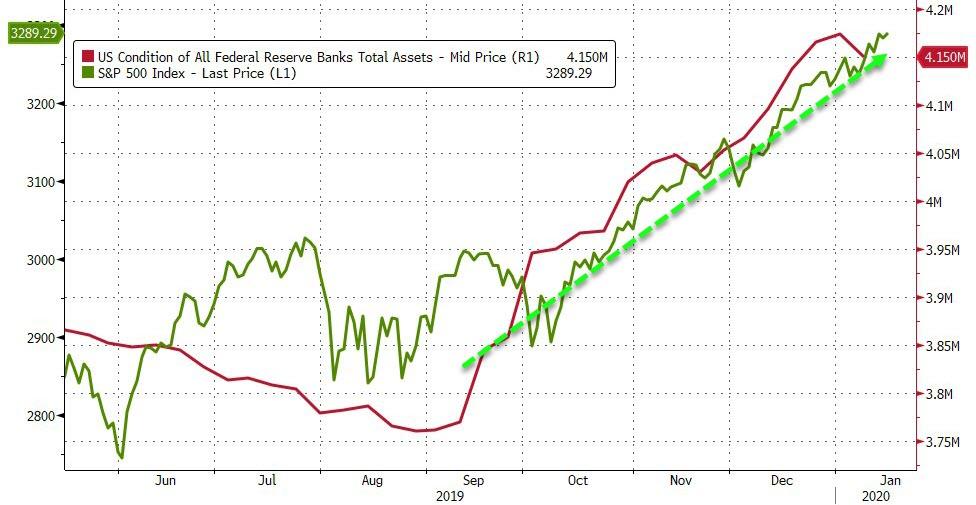 Central bank policies are directly driving asset prices and the bubbles therein. It’s what they do. It has been so stunningly obvious that, at this point, it makes a mockery of things to deny it as an ongoing, and essential, part of how their strategy is implemented. Oddly enough, however, it’s a revelation that is, apparently, coming late to many people with a lot of savings and nothing to show for it. And it is an undeniable factor in this January’s price action. –ZeroHedge

Alan Greenspan knew this. So did Ben Bernanke, who had no problem with it. In fact, his strategy required it. Jerome Powell was not initially sold on QE4, but he has been seeing no way around it. It fell on ardent loyalists to take his insistence that it was “not QE” with any seriousness. Otherwise, they would have had to admit to knowing little about financial markets. 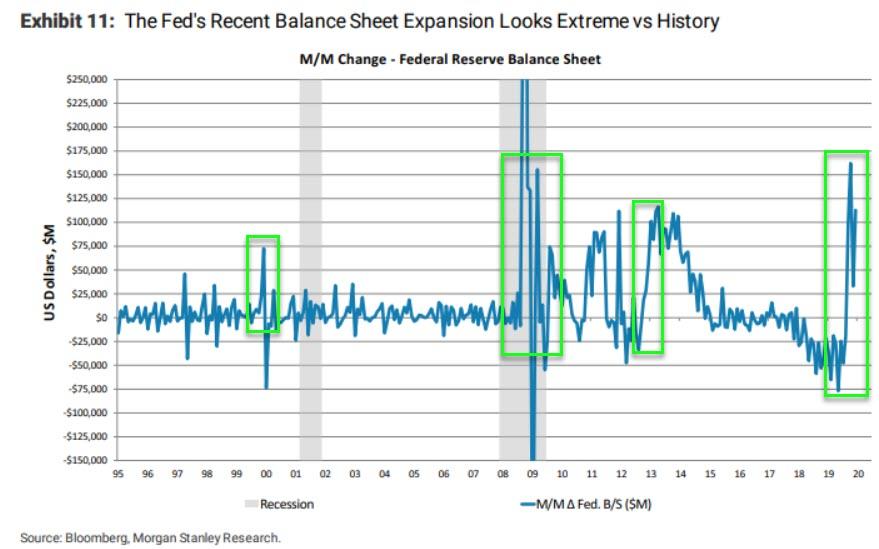 Does anyone else notice anything odd?  When was the last time the Fed inflated the asset bubble to this degree? So much for that booming economy we are being told about daily.  It was at the very least, a little refreshing to hear Dallas Fed President Robert Kaplan openly talked about this in an interview Wednesday. Although he did couch it in terms that implied it was a matter of some concern to him. But, of course, he went on to say, “we’ve done what we need to do up until now.”

“My own view is it’s having some effect on risk assets,” Kaplan said. “It’s a derivative of QE when we buy bills and we inject more liquidity; it affects risk assets. This is why I say growth in the balance sheet is not free. There is a cost to it.”

He doth protest, just not so much. Their ability to drive investor behavior is so well established that what is going on in the markets can’t remotely be seen as an unintended, or even unwanted, consequence. ZeroHedge

We’ve been saying since this debacle began that you can choose to not call this QE4 if you don’t want to. Use whatever words you like. Call it a “tuna popsicle” for all we care.  But the results are the same as if this market manipulation was being called QE4. The asset bubble is inflating and when this thing bursts, the Fed will probably be out of tools.

We Are ONE MISTAKE Away From Global Recession 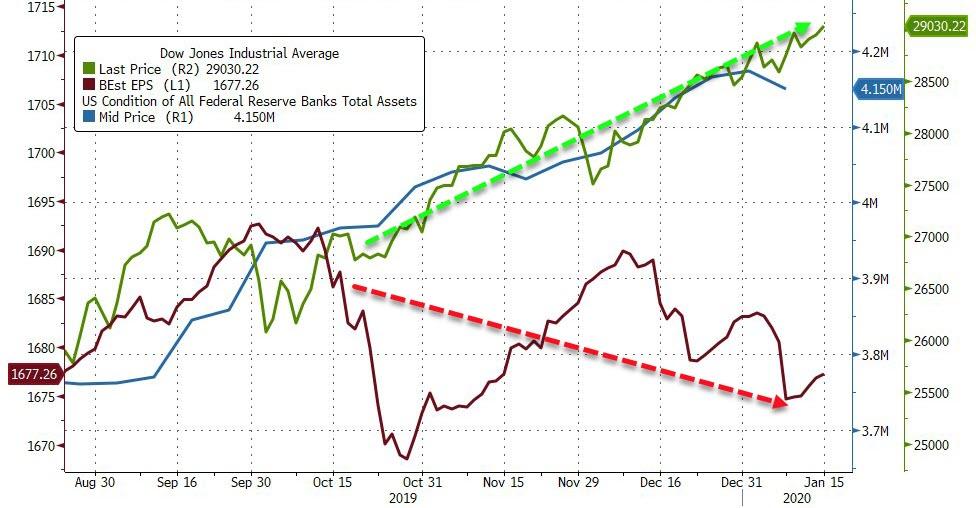 At this point, is it a bad thing to admit something that is so patently evident to everyone?

The answer is probably yes.

They have always been responsive to financial conditions. In many ways they’ve been transfixed by them. Now they are openly acknowledging that they own them. And once you do so, it becomes harder than ever, if even at all possible, to give them back. Kaplan said they need to. –ZeroHedge