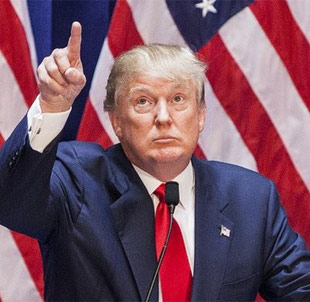 This article was originally published by Karl Denninger at The Market Ticker.

The fear in both the GOP and Democratic party is visible at the surface when it comes to Trump, and it’s not that he’s any of what they’ve accused him of.  No, it’s really much simpler than that, and both Republican and Democrat parties, along with the mainstream media, are utterly terrified that you, the average American, is going to figure out what underlies all of these institutions in America.

No, it’s not that they’re evil.

It’s worse, for evil frequently is recognized and fought back yet for decades America has not awakened to what has been going on in the political and media establishment.  It was evident during the Vietnam war and has only gotten worse since.

For those who don’t recall the Tet Offensive was an attack launched by the NVA and VietCong by some 70,000 troops in a coordinated series of attacks across more than 100 targets.  It was an attempt to foment rebellion among the South’s population.

Tet failed in its military objective, in that there were too few troops spread too thinly, and once the US and South Vietnamese figured out what was going on they literally slaughtered a huge number of the attackers.  To put perspective on this at the Battle of Hue roughly 500 US Marines and South Vietnamese were killed but over 5,000 NVA and VietCong died in that one battle alone.

The story was repeated through the country; while the North managed to attack they lost virtually the entire attacking force, while not managing to take one mile of territory.  They also failed to incite rebellion, which was the primary goal of the offensive in the first place.

Our media, however, reported that we lost.  They were present and they lied, including Walter Cronkite. Cronkite reported in February of 1968 that the war “was a stalemate and probably unwinnable” despite knowing that the NVA had virtually been rendered soldierless in the Tet offensive as their casualty rate ran ten times the South’s.

Tet was a desperation move; the North was in serious trouble.  They were failing to take territory and losing men and material at an ridiculous rate compared to the Americans and South.  Simply put we were the better fighting force and it wasn’t a close call.  In the first few days of their “offensive” they lost ten thousand men against about 750 on the other side and it just got worse from there with total losses on their side being close to 50,000, or virtually allof their remaining fighting-age force.

Cronkite didn’t care about the truth.  He wasn’t evil, he was indifferent.  He didn’t give a damn about the fact that a totalitarian government was being handed a victory over millions of citizens, he simply wanted to make a further name for himself and push his political agenda.

Likewise there are those who claim that Obama and similar are evil in their view of Muslims and terrorism and of course they wish to draw a distinction between left and right sides of the aisle.  Wrong.  They’re all indifferent.

The political goal is more power for them and their friends, mostly economic power.  More ability to extract from you by force and threaten you with jail or worse if you try to resist.  More power over your daily life.  More power to tell you that you must bake a cake for gays (because your religious convictions don’t matter) but if your religious convictions are Muslim then they do matter and must be protected because that’s where one of the big reservoirs of oiland undeveloped people that can be exploited in the future reside.

They literally don’t care if you get blown up or shot and it doesn’t matter if they’re Democrat or Republican.  They don’t care if you live under a freeway overpass because your health “insurance” that you are forced to buy covers so little that you have to spend $6,000 before one dime is covered, and you don’t have $6,000.  They don’t care that a Christmas Party was shot up by a couple of Islamic Nutjobs who they could have identified if they did care and in fact they shut down an investigation on “civil rights” grounds that probably would have identified the shooters years before.

Jeb Bush has never apologized for giving Driver Licenses to the majority of the 9/11 hijackers in Florida because he doesn’t care.  What he cared about was making sure that illegal immigrants could roof houses during the housing bubble so his buddies could make money.  That 3,000 Americans died as a plausibly direct consequence doesn’t matter to him.

Marco Rubio supports allowing the illegal invaders to remain here because he doesn’t care if it screws you out of a job.  Like Bush, what he cares about is his corporate patrons that want cheap labor.  He cites all these Fortune 500 companies that were started by immigrants but I’ll bet that not one of them was an illegal invader.  Ditto for his Nobel Prize winner claims.  Oh sure, they’ve been immigrants — the legal variety.  The illegal ones are the roofers working under the table or the gang members.  That there is immense criminal and economic collateral damage doesn’t matter to him; he’s not evil, he’s indifferent.

Ben Carson refuses, despite being a surgeon, to speak against the medical monopolies.  He knows exactly what’s wrong in that regard both in the hospital and drug field.  He’s not evil, he’s indifferent to the damage that his own profession has done to you over the last 30 years.

Hillary Clinton knows damn well that during the Benghazi attacks there were military resources available to interdict them.  But she has famously said “what difference does it make” and, in her view, she’s right.  She’s not evil, she’s indifferent — to the lives lost there and to any other collateral damage including the arming of what has turned into Daesh!  Her goal is globalism, socialism and statism, all for her own personal aggrandizement.  That you are harmed or even killed doesn’t matter to her.

Folks, this is where Trump is really freaking the establishment out.  See, Trump already has anything material that he wants, and if something pops up he wants and doesn’t have he can simply stroke a check.  He has no need to play the indifference game; there is no amount of money he can gain or lose in his lifetime that will change his lifestyle.  He has his own security and doesn’t need yours, he has his own money and also doesn’t need yours.

They fear that you might come to realize that you can’t demonize the “other side” for being evil; rather, they are both equally guilty almost to a single man and woman at being simply indifferent as to how much you get screwed and by whom, up to and including your death and the death of your children, so long as their desire for more power and control, either for them or their friends, is realized.

If that happens — if you quit the left/right, republican/democrat, liberal/conservative game and instead demand the indictment of all of them for their treasonous and outrageously unlawful behavior along with their removal from office and are willing to back that up with action up to and including a general strike until they are all gone and in chains then they are all screwed.

That is what is driving the animus toward Trump.