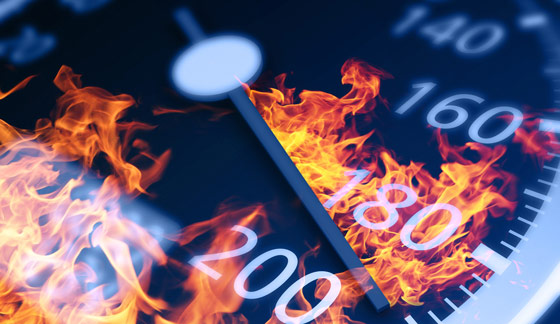 Those who have been trading Bitcoin and Ethereum in recent weeks may have noticed a variety of messages from centralized exchanges indicating that network congestion was either slowing down transaction processing times or forcing them to temporarily shut down services for cryptocurrencies built on top of these networks. One striking example of just how easily the most popular blockchains in the world can become clogged to the point of near paralysis is CryptoKitties. The popular app was developed on top of the Ethereum blockchain and reportedly utilized as much as 15% of the entire network’s processing power as users feverishly birthed, bred and traded digital cats online, leading to hours-long transaction delays across the network.

The rise in popularity of crypto currencies has been a blessing and a curse. Mass user adoption, while necessary to take this technology to the next level, has also had a negative impact on first- and second-generation underlying blockchain networks, user experience and the centralized exchanges that process trades.

Enter the “fastest decentralized blockchain in the world.”

Waves is implementing new technology to enable the network to process thousands of transactions per minute and become what is claimed as the “fastest decentralized blockchain” platform in the world.

The innovation is touted as bringing blockchain technology to the “next level of evolution”, enabling the platform that was the brainchild of a Moscow-based physicist to compete with mainstream payment processors and to achieve mass-market adoption.

On Friday Waves, which ICO’d in 2016 and built a decentralized (and thus free from government regulation) platform for trading crypto currencies and launching new tokens like Burger King’s WhopperCoin, activated their Waves-NG (Next Generation) hard fork. The NG blockchain technology was originally proposed by Cornell University’s Emin Gün Sirer for the Bitcoin blockchain but was never adopted. Waves CEO Sasha Ivanov, however, did adopt the technology and after months of development, open beta stress testing with 3000 users over millions of transactions and near total network miner consensus, the NG protocol is now active on the Waves blockchain.

To put the wide-reaching implication of this update into perspective, consider that Bitcoin has a tx/s (transactions per second) capability of about 3 transactions, while Ethereum is a bit faster at 12 tx/s. Now consider the millions of transactions (including Crypto Kitties) that are being requested by these networks on a daily basis and you can see why there are reported backlogs of literally hundreds of thousands of transactions and why sometimes it can take upwards of 8 hours to send crypto currencies from one address to another.

Waves-NG is based on the Bitcoin-NG proposal made by Cornell University’s Emin Gün Sirer. Instead of pending transactions being added to a block retrospectively, as in bitcoin’s system, the next miner is chosen in advance. The miner is then able to add transactions to the block as fast as network latency allows — almost in real-time.

Along with optimisations for a proof-of-stake system, this approach will allow Waves to process around 6,000 transactions per minute. This increase in capacity is absolutely vital if Waves is to support the kind of mass-market applications for which it was designed. Moreover, this is only a starting point. Further upgrades are expected to take the capacity of the blockchain closer to 1,000 tx/second in the future — without factoring in the effect of any off-chain transactions.

While Waves’ market cap of around $1.5 billion is dwarfed by those of Bitcoin and Ethereum, its decentralized cryptocurrency trading platform, multi-currency mobile and desktop wallets, one-minute token creation engine, per second transaction processing capacity, and smart contracts scheduled for deployment in early 2018 show just how far the blockchain has come in a couple of years.

Bitcoin and Ethereum, while revolutionary, are simply not capable of supporting the instantaneous transaction confirmations required for mass adoption by millions of users who not only trade cryptocurrencies, but utilize applications built on top of these networks.

Technologies being implemented by next generation platforms like Waves, however, ensure that the next time a popular application like Crypto Kitties comes online, we don’t have to worry about it bringing down the entirety of its underlying global network.