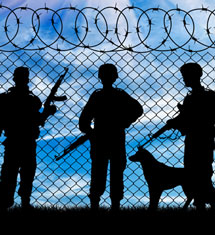 This report has been removed at the request of the author. You can read the originally published report here: http://www.thecommonsenseshow.com/2016/03/20/will-donald-trumps-candidacy-be-the-catalyst-for-civil-war-the-establishment-is-preparing/

Slave Labor Camps Are Awaiting: “The People Must Be Brought To Their Knees”

When These People Go Into Hiding, It Is Time to Pay Attention

The Psychological Reasons Why American Soldiers Would Fire On American Citizens