The Era of All-Powerful Central Banks Is Over

Central bank gaming of Finance is the source of instability.

The era of all-powerful central banks is over for a simple reason: they failed: they failed their citizens, their nations, and they failed the world. Their policies have pushed wealth and income inequality to extremes that have destabilized the planet’s social, political, economic, and environmental spheres.

As I have endeavored to explain for many years, this is the only possible outcome of central bank dominance. Once Finance becomes the primary mover of everything else, then it distorts everything into a skimming machine that benefits the few with access to central bank funding at the expense of everyone else.

Once finance dominates, then both the “market” and government become servants of finance. I say “markets” because once markets have been financialized, they serve the interests of cartels and monopolies and cease to be markets at all.

Government, regardless of the advertised “brand”, becomes an auction where the highest bidder gains control of governance and regulation, which are bent to serve the interests of the few with access to central bank largesse.

As the charts below illustrate, this is the top 0.1%, with a substantial “trickle down” to the top 1% and top 10%. The bottom 90% have lost ground not just economically but also politically and socially.

The way central banks create and distribute credit/money results in the dominance of Finance and this dominance has led to the distortion and ruination of the economy and society. Vast inequality is the norm everywhere because the central bank system is everywhere.

Central banks are the source of destabilizing inequality; they can’t fix inequality. As long as Finance dominates “markets” and governments, they won’t be able to fix inequality, either.

Central bankers and government authorities are aware that the system is unraveling due to the extremes of inequality they’ve created. They are attempting to reconcile this contradiction– Finance turns the entire world into a skimming machine that can only exacerbate inequality–with, yes, what else? Finance.

So central banks are preparing to deposit new “money” directly into checking accounts and governments are pondering windfall taxes, wealth taxes, etc. to claw back some of the wealth that accumulated in the top tier to fund social programs designed to keep the masses compliant.

Central bank gaming of Finance is the source of instability. Reining in central banks’ free money for financiers and cronies is the necessary first step to unseating Finance as the dominant force in markets, governance and the planetary skimming machine Finance has created.

Either power is taken from central banks or the vast inequality that is the result of central bank dominance will unravel the entire system. Take your pick, but the distortions are accelerating, and time is running short. 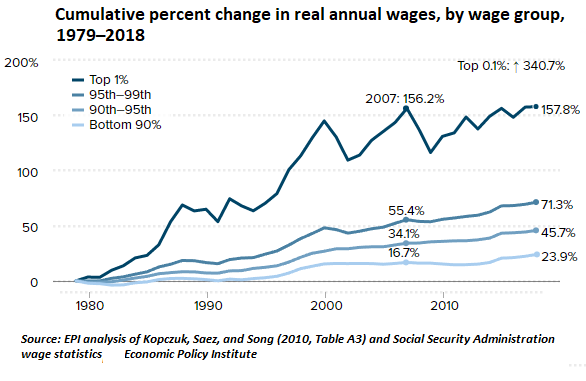 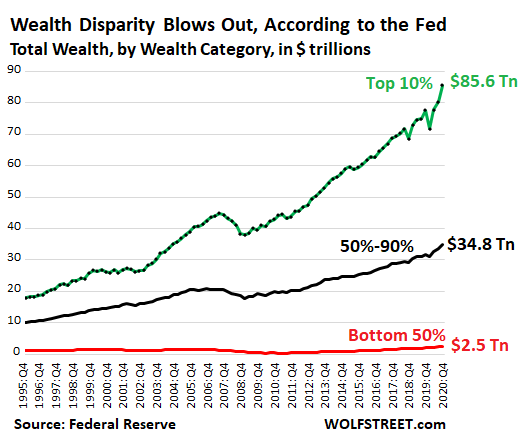