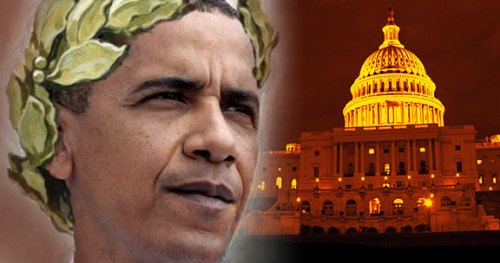 The year was 451, and the battle of Chalons (also known as Catalaunian Fields and Campus Martius) was fought between a coalition of Roman legionnaires, Germanic Visigoths, and Gauls against the Huns.  Flavius Aetius was the Roman commanding general, and he led his forces to defeat Attila, king of the Huns and commander of the Hun armies.  The loss caused Attila to withdraw and skirmish into Italy, but again (this time through diplomacy and concessions) he withdrew in 452, returning into what is now modern Hungary.  Attila died in 453, and the Hun menace to Europe had ended.

Aetius had been the declining (and fragmented) Western Roman Empire’s best chance to restructure itself.  He had fought in Gaul and throughout Italy and Europe for decades, sometimes even with support from the Huns before Attila began his quest for empire.  A master strategist, tactician, diplomat, and warrior, he effectively stemmed the collapse of the Western Roman Empire for another 25 years.  In all probability, he may have been able to turn things around for a longer period of time.

This was not to be, as he was assassinated by none other than the Emperor Valentinian III and his henchman Heraclius on 22 September 454.

The emperor killed the very man who had protected and assured his throne, and worse: now there was no true strategist to take the reins of military command.  The last great Roman general was no more, and the Western Roman Empire continued to decline and fragment.  Odoacer, a half-Hunnish barbarian general rallied forces to mutiny against their (and his) previous commander, Orestes, the Roman Senior military general, in the Battle of Pavia on August 23, 476.  Orestes was captured and killed.  Less than two weeks later, on or about September 4, 476, Romulus Augustulus, the last Roman emperor and the son of Orestes was deposed by Odoacer.

Less than 25 years after the battle of Chalons had given it a fighting chance, the Western Roman Empire was no more.

The city of Rome had formerly been sacked by the Visigoths in 410 after they had originally arrived outside of the gates in the year 408 and roamed the surrounding countryside.  Although the city had been taken, it had not been burnt to the ground, with the Senate being the only edifice of note that had been razed.  This was because the Visigoths were Christians and held reverence for the churches and the city’s predominance as the center of the Christian church.  The legions had already been withdrawn from Brittania (Britain) and interaction and mutual commerce there had ceased by the year 410.

The period that Aetius drew the Western Roman Empire from the brink of collapse occurred during the years of 424 – 450, when for the first two decades he battled the Gallic and Germanic tribes throughout all of Europe in various calculated, surgical campaigns.  The culmination of his efforts came at Catalaunian Fields in 451, but most historians agree that although a decisive battle and turning point, Aetius’ main work had been accomplished in the two decades prior to it.

And here we are, as history repeats itself, in the last days of the American Empire.  Now ready to assume the Purple and ascend to the seat of power, Donald Trump is going to command and lead (we hope).  The campaigns for the midterm elections will begin in November of 2017, therefore Trump has less than one year to begin to reverse the devastation wrought by two consecutive Obama terms that have, in eight years, placed the country on its deathbed and measured it for burial.

In a four-year term of office, Donald Trump has to do the job that Aetius did for Rome in two decades, with the last year of that term being wasted on the primary focus of his reelection.  What is the difference between Rome and America?  A vast geographical area, influxes of alien migrants, an economy that is faltering, a military less than at its best, immorality, vice, and corruption at every turn, societal degradation and a welfare state, and foreign nations ready to pounce characterize both empires.

Because in order to restore the United States, there is one thing Trump will have to do that Aetius could not do for Rome: change the mindset of society and propel the people into a consciousness of individual control…over themselves…and the reversal of the moral and community decline of their own accord.  What do the odds makers in Vegas place on this being able to be accomplished, your guess is as good as mine.  I’m betting against, because as long as money and power back the throne, the throne can never be fully effective.  As long as the populace can be bought off with their own money and welfare exists, the public will stagnate and never reach their full potential to rejuvenate the failing society.

To bet “for” such a restoration is to bet against human nature, the very thing that can prevent it.  Will we go the way of Rome?  We already have, in most regards.  The spectacles of the Flavian Amphitheater (the Coliseum) and the Circus Maximus have been supplanted with the reality TV shows and Monday Night Football.  The populace is just as stultified and easily distracted now as it was then, with everyone looking out for their own interests instead of the nation’s.  When the population degrades morally, socially, and intellectually, then any nation truly dies and fades away, sometimes long before the actual date of collapse.  The cycle continues, and America is not immune from it.  Rome had its twilight period and staved off the fall for 25 years; America is in its twilight period now.