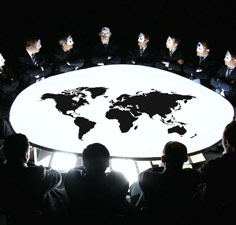 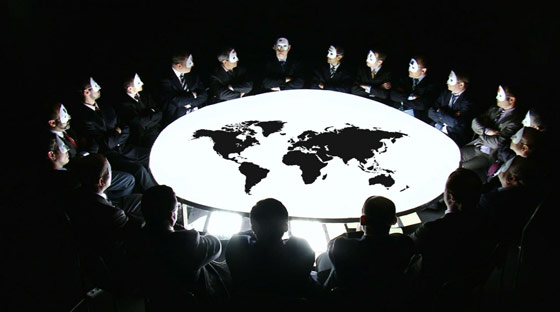 One of the biggest problems facing this nation is the amount of money that has been “sequestered,” to term it, for “Non-Profit Organizations,” or “NPO’s.”  Why?  They present a problem when they can be used by an unscrupulous individual or groups of unscrupulous individuals (for examples, a George Soros, or the Democratic Party respectively).  What is an NPO?  Let’s look at what they are and see if the definition is characterized by actual NPO actions.

Here is an excerpt from a book that describes NPO’s (what they should be):

“The main financial difference between a for-profit and a not-for-profit enterprise is what happens to the profit.  In a for-profit company like Ford or Microsoft or Disney or your favorite fast-food establishment, profits are paid to the owners, including shareholders.  But a nonprofit can’t do that.  Any profit remaining after the bills are paid has to be plowed back into the organization’s service program.  So profit can’t be distributed to individuals, such as the organization’s board of directors, who are volunteers in every sense of the word.”

Austere and stoic, these NPO’s, all!  Ahh, but what is conveniently left out is the salary portion…for the directors.  Those salaries are written off as an operating expense by the “Non-Profit,” but they’re hardly the funds gleaned by a “simple volunteer for the beneficent NPO.”  Another paragraph from the book shows this:

…for the most part, we’re talking about an organization that the Internal Revenue Service has classified as a 501(c)(3).  They receive exemption from federal income taxes and sometimes relief from property taxes at the local level.  Nonprofit organizations classified as 501(c)(3) receive extra privileges under the law.  They are, with minor exceptions, the only group of tax-exempt organizations that can receive tax-deductible contributions from individuals and organizations.

So, we have some of the basic parameters here for NPO’s.  We’re not going to delve into the different types, such as politically-organized, or the religious-type of NPO’s.  I draw the reader’s attention to the simple fact that (as mentioned in the last paragraph) the NPO’s “pay employment taxes just like for-profit businesses do.”  How wonderfully utopian and egalitarian that sounds, all under the “color of law!” The reality is far from it.  Directors of NPO’s make six-figure salaries, and all their “bennies” (that’s benefits, not Benzedrine…well, we hope!) are little perks they take and write off as the almighty “operating expense.”

They can’t very well wear down their cars driving back and forth to the NPO-location, or conducting NPO business, can they?  What they do have, as attested by the “pay employment taxes” phrase is a willing army of misfortunates they pay little more than enough to obtain dog food and perhaps live out of their car (if they have one) …this is where the “payroll taxes” originate.  A place such as a Thrift-Store “chain” (they differ from local area to area) employs people at minimum wage and keeps them at under full-time hours to deny them any benefits with little more than “sweat shop” conditions, and the management and the directors, of course, make the salaries.

The government turns a blind eye to all of it, because there are still taxes to be generated from payroll taxes withheld: The Rube Goldberg perpetual taxation machine/hamster wheel.  There are also “handout” programs that run hand-in-hand between government and NPO’s, such as tax breaks for the NPO’s for hiring veterans, or the mentally handicapped, as well as any “reformed” alcoholics, drug addicts, or criminals placed within the “program” by the state or local government.  In this manner, the directorate “pads” their salaries and steals more by justifying it through the omnipotent “operating expenses” category.

The original purpose for NPO’s was to provide some worthwhile service for the community (such as restoration of public buildings, or helping victims of natural disasters, or with education.  They had to do with true community service and volunteer effort in a manner that would harness resources and enable people and communities to eliminate bureaucracy from action.  In addition, a semi “self-supportive” organization would be formed…not to rake in the millions, but to accomplish projects outside of the normal business spectrum.

NPO’s were also for protecting religious institutions…certainly not for shielding the “mega-hucksters” raking in hundreds of millions of dollars a year and being chauffeured back and forth from mega-churches to their Lear jets, a full complement of armed bodyguards throwing rose-petals along the way.  The NPO’s in this case were intended for a church/synagogue/religious institution to stay solvent, untaxed, and unharassed by government in what they garnered for their attendees in funds, resources, and property.  The 501(c)(3) was not to germinate “Wolves of Wall Street” in sheep’s clothing preying on their congregants financially.  The NPO was not designed to insulate these Wolves and exempt them from obligations (financial or otherwise) to a government that still extracts payroll taxes for anyone working for the Wolves…in a 9-5 “job” for the religious institution.

The largest “gray area” is with alleged civil rights and civil liberties NPO’s, that strive for “government policy reform,” or “citizen participation groups.”  They wish to overthrow the existing system and society, camouflaging their true beliefs beneath the protective “veil” of “Public/Societal Benefit” for the establishment of the 501(c)(3).

Enter Soros, the Democratic Party, Hillary Clinton, and all these other Communists who hide their “contributions” and utilize their resources [Their “right” to do so protected under the Constitution, mind you] toward overthrowing the Constitution and the society.  These NPO’s are not limited to operation domestically, but can operate in foreign countries…under the “friendly international relations” shield, as they develop Marxist cadre and supporters in other countries they also want to see overthrown.

Recently an article came out entitled Indivisible, with Ties to George Soros, Sows Division Against Trump, GOP Lawmakers, by Fred Lucas.  This article presents the perfect example of Communist agitators hiding behind the NPO shield; these agitators are not yet registered as an NPO, but they plan on it.  Here are some excerpts:

They call their group Indivisible Guide, a name that came from an actual guide posted online telling activists how to pressure members of Congress. Among topics: what to say when going to town halls and calling or visiting a member’s office. Leaders of the organization have loose ties to George Soros, the billionaire hedge fund manager who bankrolls liberal causes, according to the Capital Research Center, a conservative think tank that investigates nonprofits.

“Indivisible is ultra-slick leftist astroturf activism at its finest,” Matthew Vadum, senior vice president at the Capital Research Center, told The Daily Signal in an email. “At least three of the group’s five principals—Ezra Levin, Leah Greenberg, and Angel Padilla—have ties to organizations funded by George Soros. Indivisible is apparently not yet a nonprofit, but plans are in the works to register it as a nonprofit.”

Ezra Levin, a former staffer for Rep. Lloyd Doggett, D-Texas, and his wife, Leah Greenberg, are the president and vice president of the Indivisible Guide’s board, respectively.  Levin is also associate director of the Corporation for Enterprise Development, an anti-poverty nonprofit. Melissa Bradley, who sits on that group’s board, previously worked for Green for All, a group founded by liberal commentator and former Obama administration official Van Jones. She was appointed as a Soros Justice Fellow through the Open Society Foundations, which Soros founded.  Greenberg previously worked for Humanity United, which is funded by Soros’s Open Society Institute.

The secretary of Indivisible Guide, Angel Padilla, works for the National Immigration Law Center, which is funded by Soros through his Open Society Foundations. And treasurer Matt Traidi is the research team director for the Service Employees International Union, a major donor to and endorser of Democrat politicians, Capital Research Center notes.

Soros has been responsible for actively toppling more than half a dozen different governments.  We are not addressing all the evils of NPO’s, however, all of these “Grand Wizards” who term themselves “board members” or “directors” all operate straight out of Alinsky’s “Rules for Radicals.”  They are all “organizing the organized,” in that they take an organization (either existing or one that they’ve created), and use the organization’s framework and legal status (in this case the 501(c)(3) shield-format) to develop their minions and cadre, and march them in the direction toward their end goals.  In the meantime, they turn a tidy profit for themselves, enjoy “favored” status by politicos and other enablers, and continue growing an organization.

In the end, the little minions on the sweatshop floors do not even understand what their function is.  They’re just working day-by-day, exploited in the usual manner, and also exploited for their numbers and support unknowingly in a game that is designed to overthrow the existing social, cultural, political, and religious normative practices of our society.  The end goal is to destroy the Constitution and subvert the country.  Are all NPO’s this way? No, certainly not.  But the majority are, and this is one of the things that needs to be addressed by the current administration and Congress, brought to light by We the People…to keep Soros and his ilk from taking us in the direction that other countries have been taken…and at taxpayer expense, with the 501(c)(3) as their shield.