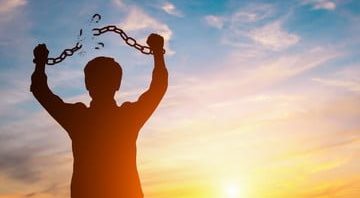 The elitists that want the ultimate enslavement of mankind have made several mistakes that will eventually lead to the downfall of all authority. Their biggest mistake was the worldwide lockdown.

As people are forced to “shelter in place” and obey the commands of others that they give up their freedom, they are figuring out quickly who the enemy is and has been for a long time. The ruling class, who are the puppets of the global elitists who control them are grabbing as much power as possible and it’s become obvious they won’t stop until we are enslaved to the point we will never be able to fight back and free again.

But by forcing people to shelter in place and obviously censoring information, people have put two and two together and they now know who it is that’s takin their freedom away. Unfortunately, this is what it took to wake people up to the fact that they were willingly shackling themselves. This will lead to the downfall of the ruling class. The truth resonates with people and it cannot be stopped.

That’s the way it is today on planet Earth, where deceit, cowardice, and immaturity now dominate almost all societies because the elites are deceitful, cowardly and immature.

But for those open to reading thoughts they may differ with, here is the case for why the worldwide lockdown is not only a mistake but also, possibly, the worst mistake the world has ever made. And for those intellectually challenged by the English language and/or logic, “mistake” and “evil” are not synonyms. The lockdown is a mistake; the Holocaust, slavery, communism, fascism, etc., were evils. Massive mistakes are made by arrogant fools; massive evils are committed by evil people. -PJ Media

Knowing they were losing control of people, the elitists knew they had to go big to manufacture consent, so they did.  But they went too far to fast and too many now know the truth – they were born free and the governments of the world don’t get to control them and rule over them any longer.  Too bad the lesson was bitter.

With the Obamagate revelations surfacing, it won’t be much longer before we see real pushback against all “authority” and those who think they are the rightful masters of other people.

Yes, the lockdown was devastating to people. Yes, the lockdown had destroyed the economy. But the real damage was done to the ruling class and it’ll be known before too much longer.  They cannot stop people from seeing the facade now, and that’s the good news.  The bad news is that they will continue to try to drag this out and grab more power, and they will ask the police to commit horrific atrocities in order to keep people “in line” and comply with their totalitarian commands. They will definitely try to panic the masses about the second wave this fall. (The media has already been gearing up for this.) Don’t fall for the fear-mongering propaganda. At least the elitists know now that they cannot stop the truth: humans were born free and brainwashed into accepting their own enslavement.

And we are all figuring it out.