The ‘Deep State’ Is Very Real, But Trump’s White House Is A Part Of It 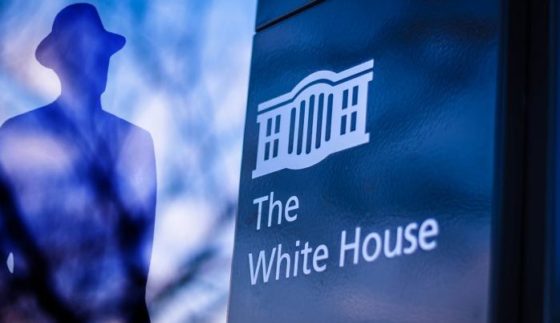 Most don’t have to look very hard to see clear evidence that there’s a deep state.  But now it’s becoming even more clear that president Donald Trump’s White House, at least in some capacity, is a part of the same deep state the president promised to eliminate by “draining the swamp.”

Trump does indeed have a problem with people working against him, but some of those people are awfully close by…

Leaks to the media have plagued Trump’s presidency since his first day in office, and a new report on leakers’ motives opens a window into the extent of the subterfuge. “To be honest, it probably falls into a couple of categories,” one White House official told Axios‘s Jonathan Swan. “The first is personal vendettas. And two is to make sure there’s an accurate record of what’s really going on in the White House.”  Many of those with ties and puppet strings connecting them to the deep state are actually in Trump’s White House, according to The Washington Post.

A wave of leaks from government officials has hobbled the Trump administration, leading some to draw comparisons to countries like Egypt, Turkey, and Pakistan, where shadowy networks within government bureaucracies, often referred to as “deep states,” undermine and coerce elected governments. Though leaks can be a normal and healthy check on a president’s power, what’s happening now extends much further.

A former White House official who, according to Swan, “turned leaking into an art form,” said that “leaking is information warfare; it’s strategic and tactical — strategic to drive [the] narrative, tactical to settle scores.”

Edward Curtin sounded a more alarming note, however, accusing the Deep State of a “Reality-TV Coup d’etat in Prime Time”:

The day after his surprise election, the interlocking circles of power that run the show in sun and shadows — what C. Wright Mills long ago termed the Power Elite — met to overthrow him, or at least to render him more controllable. These efforts, run out of interconnected power centers, including the liberal corporate legal boardrooms that were the backers of Obama and Hillary Clinton, had no compunction in planning the overthrow of a legally elected president. –WhoWhatWhy

Axios reported that Mike Allen, who has spent nearly 20 years covering the White House, says we learn more about what’s going on inside the Trump White House in a week than we did in a year of the George W. Bush presidency. This White House leaks so much that meetings called to bemoan leaks begin with acknowledgment the bemoaning will be leaked, which is promptly leaked…by several leakers in a smallish room.

Most in the mainstream media find the links almost humorous, if not political gold mines.  But that leads us further down the rabbit hole.  We already know the media is nothing more than a propaganda arm for the federal government, and Trump has to know by now that anything said will be leaked.

So is Trump also then, a part of the deep state he claimed he wanted to take on? Is he aiding in some of these leakers for political reasons?  Maybe, maybe not.  But what is clear, is that the government isn’t operating as a “service” to the public and they haven’t in a very long time. They are taking over completely, consolidating their power, and eliminating our wealth and personal freedoms. And that hasn’t slowed with the election of Trump.  The federal government hasn’t gotten smaller, deficits haven’t decreased, and taxes are still astronomically high even after the cuts.

All of this begs the question: just how deep does the deep state go?