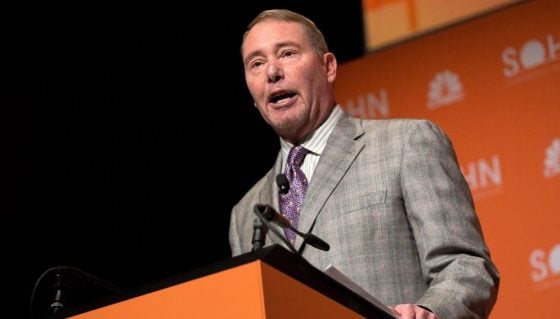 Chief investment officer Jeffrey Gundlach of DoubleLine Capital sees the chances of a recession within the next two years as “extremely high,” he said on an asset-allocation webcast on Tuesday.  Gundlach says there are obvious weaknesses beginning to become visible in the United States economy.

This is good news and bad news.  It’s good for those who want to take initiative and prepare for the eventual economic meltdown, but a recession is obviously some pretty bad news too.  But we’ve said this before: you have time to prepare, and finances are often the hardest thing to get in line for some Americans, and it takes longer.

According to a report by Seeking Alpha, Gundlach also sees about 70% chance of a Fed rate cut over the next 12 months. Furthermore, he sees the bond market “extremely exposed” to a decline in the U.S. dollar, because some foreign investors have been buying Treasuries without currency hedges.

The economy has not been growing on its own, rather, it has expanded largely because of a debt scheme as the U.S. increases spending and fuels deficits beyond expansion in output. This debt scheme will have a disastrous effect in the near future, however, as this spending will eventually fling the U.S. economy into a “death spiral.”

The best way to prepare for a recession is by getting your own personal finances in shape. A book that’s been a great resource for anyone regardless of their income is Dave Ramsey’s Total Money Makeover. Other resources available could help too, but Ramsey’s plan will work for almost everyone, is the most universal and easy to follow.