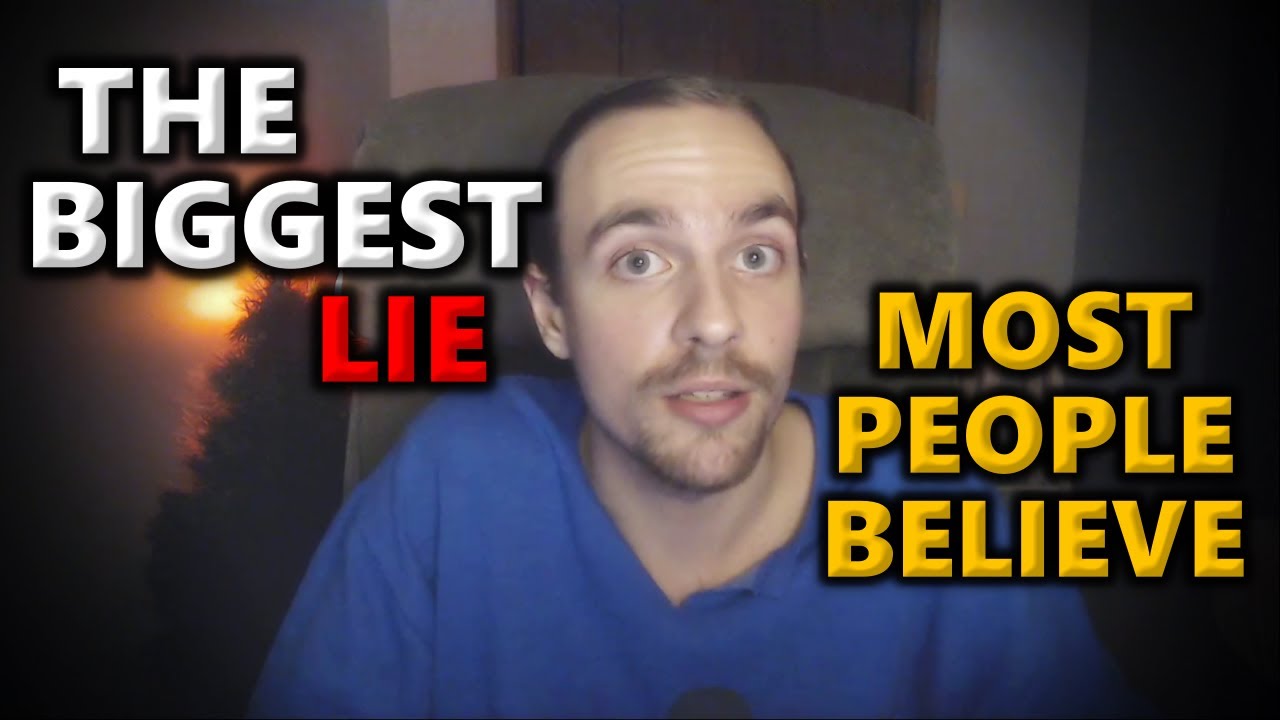 There is a big lie, and it’s old and ingrained into the minds of humans from the second they are born and passed down from generation to generation. In order to improve the world and society, we need to get rid of this lie and bring it to everyone’s attention.

Cory Edmund Endrulat, a YouTube creator and author, has created a new video that effectively breaks down this lie. Endrulat is also the author of the book Slavery Gone For Good.  This lie has been told so much that there are so many people out there that feel “hopeless” and “feel there’s nothing they can do” to change the slave planet we live on. But there is. We have to stop believing the lie told to us by our masters.

“It’s a belief system. It’s a lie,” Endrulat says in his most recent YouTube video of the myth of authority. What gives someone else the right to make demands that you must obey? Your belief is that they are an authority figure, and therefore your master, and you are obligated, as the slave, to obey. Now, obviously, those words aren’t used because almost everyone alive knows slavery is wrong. But changing it from masters to politicians doesn’t change what has been going on for millennia on this planet.

There are actually experiments that prove this belief is held by almost everyone:

“Once you break this lie, you will see the world improve immensely in every single way,” says Endrulat.

The first step is the hardest one. It’s to realize we have been lied to and enslaved since our birth. Admittedly, that’s not a comforting thought and it’s understandable why some continue to disregard it. However, once you know statism is a lie and a myth, you cannot unknow it and it’s time will come. As humans evolve, more will come to the truthful and obvious conclusion that we can be free if we simply remove the biggest lie.

Government is slavery. It can be nothing else.

Larken Rose has written a book about this belief/myth/lie too. This book has had a profound impact on me. You cannot “unread” this or forget it. If you consider yourself a kind and decent human being, this book will help you understand how to promote that good in the world.

When someone looks out at the world and sees all manner of suffering and injustice, stretching back for thousands of years and continuing today, he invariably blames such problems on someone else’s hatred, greed, or stupidity. Rarely will someone consider the possibility that his own belief system is the cause of the pain and suffering he sees around him. But in most cases, it is. The root cause of most of society’s ills–the main source of man’s inhumanity to man–is neither malice nor negligence, but a mere superstition–an unquestioned assumption that has been accepted on faith by nearly everyone, of all ages, races, religions, education and income levels. If people were to recognize that one belief for what it is–an utterly irrational, self-contradictory, and horribly destructive myth–most of the violence, oppression, and injustice in the world would cease. But that will happen only when people dare to honestly and objectively re-examine their belief systems. “The Most Dangerous Superstition” exposes the myth for what it is, showing how nearly everyone, as a result of one particular unquestioned assumption, is directly contributing to violence and oppression without even realizing it. If you imagine yourself to be a compassionate, peace-loving, civilized human being, you must read this book.