The BEST RECESSION Indicator Is Flashing A “Red Alert” AGAIN! 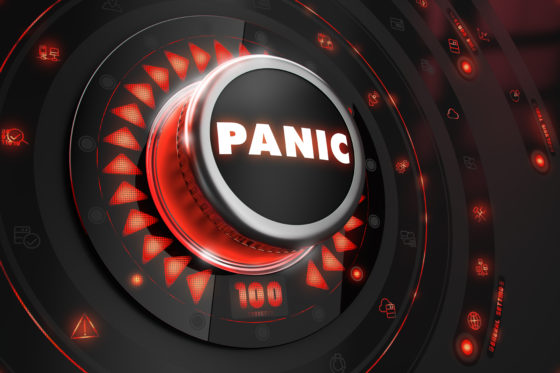 If you have not yet begun to prepare yourself for an economic recession, now is the time – even if the recession is still two years away.  One of history’s best recession indicators is predicting another rough patch for the economy, flashing “red alerts” to all who will take heed.

Ominously, the United States’ yield curve has now inverted once again, with the 10-year Treasury yield on March 22 dipping below the three-month T-bill yield for the first time since 2007. According to OZY.com, this is an indicator that should not be ignored, as historically, it’s been incredibly accurate. And it has not been very long since we last experienced the prophetic “inverted yield curve.”

“The curve has been flattening and sending a warning signal for some time,” says Douglas Peebles, head of fixed income at AllianceBernstein. “I’m a yield curve junkie and I don’t think you can ignore that.”

The yield curve is Wall Street’s original “fear gauge,” notching up a perfect predictive record before pretenders such as the Vix index were even glimmers in the eyes of financial engineers.

Typically, countries pay less to borrow for three months than five years, and less for five years than for a decade — after all, investors want some compensation for the gradual erosion of inflation, or the risk, albeit faint, that a government could renege on its debt. Plotted on a graph, the bond yields of various maturities form a “yield curve” that most of the time slopes gently upwards.

But sometimes short-term yields rise above longer-term ones, an “inversion” of the usual shape of the curve that has been an uncannily accurate harbinger of recessions, preceding every downturn since the end of the second world war. –OZY

Coupled with a slew of deteriorating economic data, the inverted yield curve has stirred fears that the countdown to the next downturn has already begun. However, others are still not convinced. “I’m not worried,” says Mohamed El-Erian, chief economic adviser at Allianz. “The yield curve’s signal is not what it used to be.” Others agree, saying the yield curve is nothing more than a signal that we should be skeptical about the strength of the economy.  It shouldn’t necessarily be taken as a 100% indication that the economy will fall into a recession.

“You are an idiot to ignore the yield curve but it is not proof that a recession is coming by itself,” says Seth Carpenter, chief U.S. economist at UBS and a former senior Treasury and Federal Reserve official. Peebles stressed that any inversion should not trigger panic.  It should, however, trigger a desire to at least minimally attempt to prepare for the inevitable – even if that’s years away. “I’m not ignoring the yield curve, but for the time being I don’t think we have to be overly concerned,” says Peebles, a self-described “yield curve junkie.”

This economy is volatile a best as the central bankers and media’s talking heads continue to send mixed signals.  The best we can do is prepare for the worst.