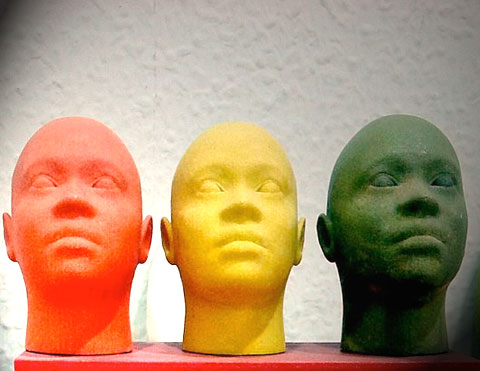 A vast joblessness is coming. Perhaps the system will develop some gentle pretext to keep everyone occupied with busy work to cope with the problem. But the simple fact is that the future doesn’t need us.

And central banks are officially gearing up for that impending reality.

80 million jobs in the United States are at risk of being taken over by robots in the next few decades, a Bank of England (BoE) official warned on Thursday.

With U.S. data showing that total nonfarm employment hit 142.6 million in October, that’s roughly over half of the total jobs at risk.

[…] The bank’s chief economist, Andy Haldane, said that up to 15 million jobs in the U.K. were at risk of being lost to an age of machines, which is almost half of the employed population currently.

Jobs with the highest level of being taken over by a machine in the U.K. included administrative, production, and clerical tasks.

The question, now, however, is whether artificial intelligence is advancing faster than human innovators can keep pace with. The answer, disturbingly, seems to be yes.

Billionaire Jeff Greene recently commented on how American workers will soon be put to pasture:

“When we first had the internal combustion engine — the horseless carriages, the car was called — look at all the horses they just put out to pasture,” he said, making an ominous comparison to the present-day advances in automation. “We are going to be destroying jobs at a record clip.”

Already, Americans are dealing with 90 millions adult Americans of working age who are out of the work force. Some are officially unemployed, but most have simply given up looking for work, and have adjusted to new realities – part-time jobs, shared living arrangements, juggling government benefit checks with a gig economy that afford a few extra bucks to get by.

All that will likely trend much worse as automation, artificial intelligence and robots become not just well known topics, but dominant forces in our everyday lives. The Bank of England, a central bank with a much different stake in this transition than the average individual, remains more optimistic:

Haldane suggested society may have an edge against machines in jobs which require high-level reasoning, creativity and cognition, while AI (artificial intelligence) problems are more digital and data driven [but] a change in how society works may be underway. People may opt towards work in more tailored businesses [and] move towards more flexible working and temporary contracts.

“The smarter machines become, the greater the likelihood that the space remaining for uniquely-human skills could shrink further. Machines are already undertaking tasks which were unthinkable – if not unimaginable – a decade ago. Algorithms are rapidly learning not just to process and problem-solve, but to perceive and even emote.”

The saving grace is the social complexities of human behavior, which still puts importance on human interaction. However, that will not save low wage and blue collar workers, or even white collar ones in many sectors. This will be THE challenge of the next few decades for the average family.

Nobel Prize-winning economist Robert Shiller [said] there’s an “increasing fear of technology” in all its different forms. Technology seems to be leaving questions of what will life and people be like in 30 years. (source)

“The current model is not working. We have to figure out how to reinvent the economy,” urged Jeff Greene. (source)

Business and individual households will be run in most aspects through computer-managed algorithms and data; your boss, in essence, will be a robot.

Unless the model is changed, there will be lots of spare labor and useless eaters hanging around to take care of. And in the absence of jobs – and with it economic lifeblood –  government agencies run largely by technology will be “rationalizing” decisions about how much to spend on your care, and whether you live or die during routine cost-benefits analysis decisions that dehumanize the people who will be affected.

Is that why developing countries are having a “global vasectomy-aton” to drive sterilization and birth control? Concerns about overpopulation and running out of food are exaggerated lies meant to mask the real reason “they” don’t want us around anymore: human resources are outdated and over-supplied. It’s economics, baby. And we are out of date and very expendable.