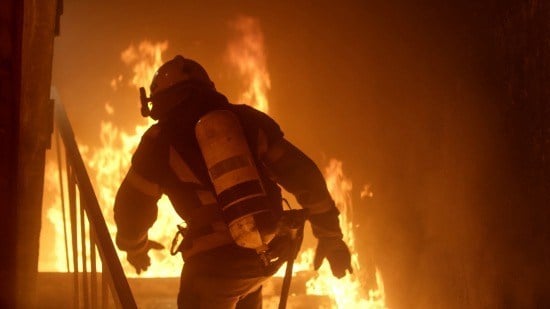 Los Angeles Fire officials say they definitely see an increase in household fires during the holiday season, and there are four main causes. However, there are also solutions and things we can all do to minimize our risk of a fire this winter.

Los Angeles Fire officials say they definitely see an increase in household fires during the holiday season, and there are five main causes. However, there are also solutions and things we can all do to minimize our risk of a fire this winter.

5 Most Common Causes of House Fires In Winter

How To Use a Fire Extinguisher

Where I used to live, firefighters would teach you to use one for free, all you had to do was ask. If that isn’t the case in your area, watch the following video:

You should also make sure to maintain your fire extinguisher so that it’s always in good working order. Know what to look for and how to tell if it’s gone bad so you can make sure it’s replaced.

HELPFUL TIP: It’s always a good idea to know how to use a fire extinguisher!

If you happen to have a fire that gets out of control quickly, call 911 and get out of the house.  Make sure everyone is accounted for and don’t go back inside unless you are told it’s safe to do so by firefighters. Fires can cause structural damage making your home unsafe, and it’s sometimes best to have the damage repaired before attempting to enter again.

As with most things, an ounce of prevention is worth a pound of cure. Make good decisions when it comes to anything that could cause a fire and be sure you’re ready and know what to do if the unthinkable happens. Preparedness isn’t always just about the apocalypse.  We can add a dash of it to our everyday lives too! Stay safe this holiday season and have yourself a merry little Christmas, Ready Nutrition Readers!