The 4 Point Globalist Plan to Replace AMERICA With AMERIKA 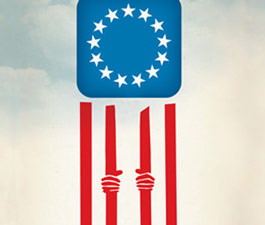