“The 25th Amendment Needs To Be Enforced”: Green Day Frontman Billy Joe Armstrong Tells His Fans That Support Trump To “F**K OFF” While Calling For His Impeachment 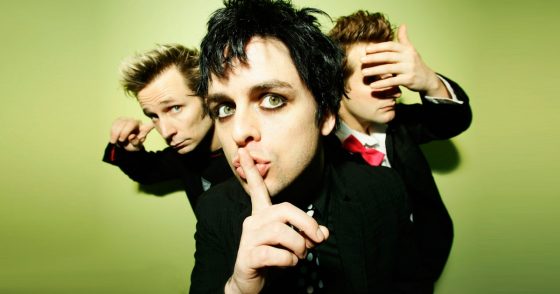 In the never ending saga that is the establishments attack on all things Donald Trump, more and more rich musicians have publicly aligned themselves against the president with unhinged rants that not only attack Trump but also the tens of the millions of Americans who voted for him.

In other words, Trump Derangement Syndrome is especially strong with rich liberals who are falling over themselves to attack the president as if it is somehow courageous to literally join with the establishment.

The latest example comes in the form of an Instagram rant in which Green Day frontman Billy Joe Armstrong had a mini meltdown over the presidents latest tweet about North Korea, eventually going on to attack his own fans who support the president while joining with the deep state echo chamber in calling for the use of the 25th Amendment to remove him from office.

“This isn’t funny. This is our president acting like a madman drunk on power THREATENING to kill innocent starving people by way of nuclear war. The 25th amendment needs to be enforced. This man is sick and unfit for office. I don’t care if your liberal or conservative.. this has to stop . Please share #impeachtrump.”

As Paul Joseph Watson rightfully noted, many Americans responded to Armstrong’s call for Trump to be impeached with anger while also pointing out the stunning hypocrisy it takes to ignore the actual facts surrounding the rogue nuclear nation.

One user detailed these facts and was viciously attacked by Armstrong in another post that made clear that the Green Day singer has indeed lost his mind.

The concerned fan(former?) wrote, “I love how no one loses their shit about how Kim Jong 1) Literally made the same threat hours before Trump 2) Is the reason all those innocent people are starving 3) Threatens the rest of the world 4) Has active death camps. But no by all means Trump’s the real villain here you guys.”

Armstrong responded, “Go fuck yourself you fucking keyboard coward. You don’t know what the fuck you’re talking about. No one is coming for you you paranoid fool. This is your president making threats of mass destruction. Wake up or get the fuck off my Instagram.”

Eventually Armstrong took it one step further, responding to another comment by telling all the people who support his band that also happen to support the president to “f**k off” and to stop listening. (very rich for a privileged musician to say.)

“Well then go fuck yourself you stupid piece of shit. If that’s the way you feel about mass destruction and murder then fuck off. Stay the fuck off my Instagram and don’t come back. Don’t listen to my fucking records. I have no problem telling ignorant fucks like you to go to hell. That goes for any other stupid fucks that thinks this behavior should be normalized. Get the fuck out!”

As Watson wrote, “Armstrong’s response to Trump’s tweet mirrored the hysterical reaction of the mainstream media, which doesn’t seem to get anywhere near as irate about the fact that Kim Jong-un routinely threatens the world with nuclear holocaust and presides over a brutal regime that imprisons hundreds of thousands of its own people in political death camps.”

Another day, another rich liberal melting down over Donald Trump.