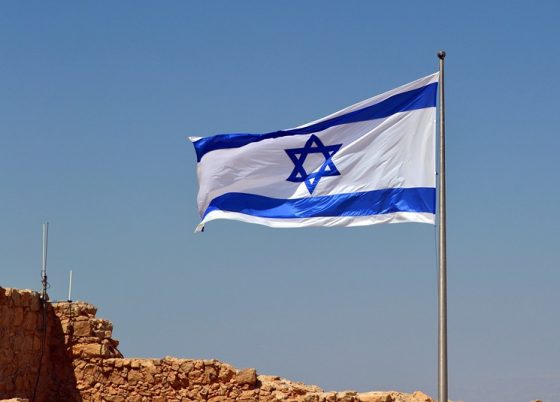 In a shocking development, a Texas city is demanding that their citizens sign a loyalty pledge to Israel in order to receive Hurricane Harvey relief funds.

Despite obvious Constitutional issues, the city of Dickinson has included, on its list of promises that a citizen must make in order to get funds for relief from the devastating hurricane, that one must certify that they do not boycott Israel and will not begin to boycott Israel during the terms of the agreement.

As The Houston Press noted, “The small town of Dickinson is now making national news for what appears, before any context is provided, to be a totally random loyalty pledge to a foreign country that has absolutely nothing to do with Harvey recovery.”

The city is apparently attempting to use a state law, signed by Republican Governor Greg Abbott, that prohibits arms of the Texas government from “investing in or contracting with” any company that boycotts Israel. Contractors are made to sign a similar verification as the one included by the city of Dickinson. The governor even went as far as to claim that boycotting Israel was anti-Texas after he signed the bill into law.

While one can agree or disagree on the merits of the state law in general, it cannot be denied that this law targeted organizations, not citizens seeking aid after their homes and property were destroyed by a hurricane.

“The legal trouble, besides requiring citizens of the U.S. to pledge allegiance to a foreign country, doesn’t end there. The Texas law specifically states that organizations are held to the pro-Israel standard, but nowhere does it state that individual citizens are. Nevertheless, Dickinson is requiring its citizenry to sign a no-boycott pledge if they’re interested in U.S. government grant money.  In other words, if you don’t pledge allegiance to a foreign nation you don’t get government aid,” wrote Aaron Kesel for Activist Post.

For their part, the ACLU has stepped in, saying in a statement that, “The First Amendment protects Americans’ right to boycott, and the government cannot condition hurricane relief or any other public benefit on a commitment to refrain from protected political expression.”

“Dickinson’s requirement is an egregious violation of the First Amendment, reminiscent of McCarthy-era loyalty oaths requiring Americans to disavow membership in the Communist party and other forms of ‘subversive’ activity.”

Keep in mind that you do not have to be for or against the Israeli boycott movement as a whole to be disgusted by the loyalty pledge demanded by the city of Dickinson. No matter what country is specifically stated, a city government demanding something like this should never be tolerated.