Taxing and Tracking the Independent Media: Censorship and Control 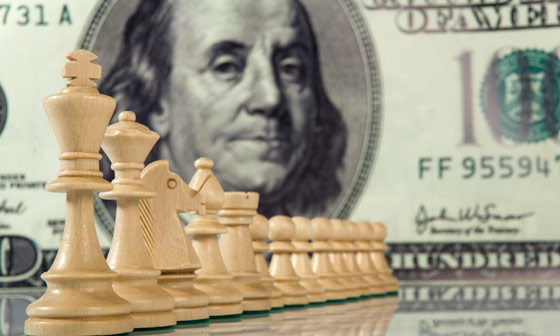 One of the most heinous things about taxes is that they support the very “organs” (to quote a Soviet-era term) of government that crush the people…even further. The taxes are weapons used by the authorities…and all authority comes from the barrel of a gun (to paraphrase Mao). The taxes are used to corral in the masses and keep them upon a continuous treadmill that sustains the system…the very system that exploits and enslaves the citizens.

The most heinous of all is the “death tax” of 50% to the government after you die. If you made a million in money and property at the end of your existence…paying taxes on it all the way…the original income taxes on the money you made, and then the interest income tax on what you made from your investments. You have property taxes on your house. You are (depending on your state) levied taxes on ad valorem, or state income taxes, or community (city, town) taxes. You are taxed on gifts you give to your children. You are taxed when you begin a business.

Many states have “ingenious” (mostly insidious) means of exploiting the populace and terming it a “tax,” per se.  Maryland has a great one they instituted a few years ago: the rainwater tax…to actually estimate the amount of rainfall off of a person’s roof/property, and place it under “management” of the state….yes, taxed on the amount of rain falling on you. Cigarette taxes, liquor taxes…the list is endless.

Taxes never decrease: they may present the illusion of decreasing in one category, but they always rise, and rise with the prices of things. Go to this site. They’re not hiding anything, and they’ll come out and tell you what they’re going to take from you. The site is put out by the U.S. Energy Information Administration (the EIA), and the address is here: EIA.gov

Taxes (by their reporting and declaration) also give the government more control and information about how you live, what you do. Taxes are used now in an even more sinister manner, beginning with the EU (European Union).  Yes, all of those “happy” messages you see on your e-mails are harbingers of things to come. On 09/12/2018, Planet Free Will published an article entitled “Catastrophic: EU Passes Copyright Directive Including Internet ‘Link Tax’ and ‘Upload Filter.”

“The European Parliament has passed a controversial copyright directive that contains provisions which force tech giants to install content filters and sets in place a potential tax on hyperlinking. The bill was passed in a final vote of 438 – 226 and will need to be implemented by individual EU member states.  …two key provisions: Articles 11 and 13, which [have been] dubbed the “link tax” and “upload filter.”  Article 11 is intended to give publishers and papers a way to make money when companies like Google link to their stories, allowing them to demand paid licenses. Article 13 requires certain platforms like YouTube and Facebook stop users sharing unlicensed copyrighted material.”

The bottom line on this: the government(s) would set in place bureaucratic agents to scan every page that is uploaded to a site…superficially to “protect the sacred copyrights,” but in reality, it is a way to accomplish monitoring and censorship of everything that passes across their scanners.

They have to institute stuff such as that to completely quell the independent media and stop any “non-certified, non-accredited (State-approved) journalists and news sites. In addition, they’ll levy taxes on it. Once again, the vicious cycle: pay your taxes or the Euro-Swat team comes in with MP-5’s, huffs, puffs, and blows down your house. Pay the taxes…and you’ll then fund their budgets for increased Draconian measures. Let’s not forget: ICANN (The Internet Corporation for Assigned Names and Numbers) and the Obama giveaway of the Internet to the Chinese.

Measure after measure comes into play. Little by little, in the name of taxes and the protection of rights, governments are instituting even more intrusive measures into privacy and exploiting their populaces…generating more wealth and power for themselves and more control over the life of the average person. There is no more objective, grassroots reporting or news within the mainstream media. The only material that is not AP and State-approved comes from outlets of the independent media.

Keep this in mind: back in the days of the USSR, you would be either killed or sent to a Gulag for possessing either a Xerox/mimeograph machine or a typewriter. Do you know why that was? It was because they did not want any communication among the people in the form of underground newspapers, memos, letters, or any venue not under State control. We’re heading in that direction now. First the taxes, to force our  submission while simultaneously funding their oppression. Then the isolation and identification of non-State-approved reporters. Then the inevitable shutdowns, confiscations of computers and news media venues, arrests, and worse.

The best way to accomplish that is to overwhelm the people with laws and gendarmes/jackboots to enforce them.  History teaches us, and it repeats itself in one way, shape, or form. Nothing new under the sun, and the assault on freedom of the press is not just in the U.S., but is worldwide. Better plead the 5th Amendment, since you can’t use the 1st Amendment anymore. Keep these words in mind from the Declaration of Independence on abuse of power:

“But when a long train of abuses and usurpations, pursuing invariably the same Object evinces a design to reduce them under absolute Despotism, it is their right, it is their duty, to throw off such Government, and to provide new Guards for their future security.”

Happening in Europe and coming to our shores soon: the complete destruction of the independent media, and the creation of “Pravda and Isvestia” News outlets controlled entirely by the State.