Tax Collectors In Florida Openly Carry Guns, While Public Is Banned From Doing So 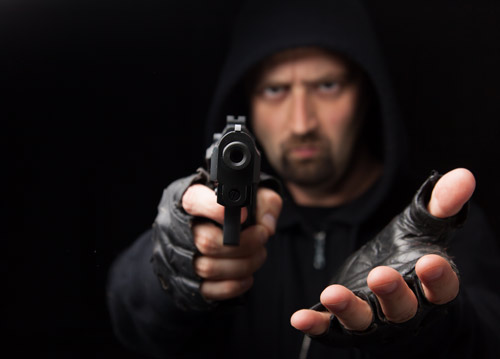 If you’re leery about government intervention in your life, and you know that taxation is theft, this article will probably strike a nerve. However, on the other hand, if you revile and worship the government which steals from you and creates edicts you must follow under threats of violence using your stolen money, you’ll love what they are doing down in the Sunshine state.

“A Central Florida tax collector says a new policy will allow his employees to openly carry firearms while they work,” The Associated Press reports. “Seminole County Tax Collector Joel Greenberg told the Orlando Sentinel that according to Florida law, he and his employees are considered ‘revenue officers’ and are exempt from the state’s ban on the open carrying of firearms while performing their duties.”

Ready for the glaring hypocrisy?

The rationale behind the move is to save taxpayers money by eliminating the need to hire private security.

Know what else would save taxpayers money? No government theft (taxes), or even perhaps lowering the tax rate to the point that people aren’t willing to shoot at tax collectors over what’s obviously amounting to putting a gun to the head of a person and demanding money. Last time we looked up the definition of theft, taxation fell firmly into that category. No amount of mental gymnastics could convince a free thinker that money they made is somehow the property of anyone else.

But, “tax collector Joel Greenberg says he is a ‘big believer in the Second Amendment,’” letter to the editor writer Gordon Crawford points out in the Orlando Sentinel. “If that is truly the case, he would know that this constitutional amendment was put in place to protect the public from government tyranny, not to arm the government” making stealing easier for government officials.

Not that the courts have any incentive to provide for that. As noted by the Sun Sentinel in March, “The Florida Supreme Court found the state’s ban on openly carrying handguns constitutional, raising the stakes for open carry laws under consideration in the Legislature this year.” But if you work for the government, and steal from others for a living, you can be armed. How odd, right? People want to protect their lives with guns when stealing. And the constitution already literally declares that all gun laws are unconstitutional. It’s the four little words no socialist wants to hear: Shall not be infringed.

It’s more than obvious that this kind of “action” is exactly what the founders of the nation did not intend when writing the second amendment. All the more proof that the government does not protect rights, it’s our job to do that. The government is stealing from us at gunpoint and a few even claim that as long as they throw in a bridge here and there, it’s worth it.

But is it worth it? What would the founders do? They are probably spinning in their graves with disgrace at the loss of freedom we’ve allowed. This seems to come right out of a dystopian dictatorship.