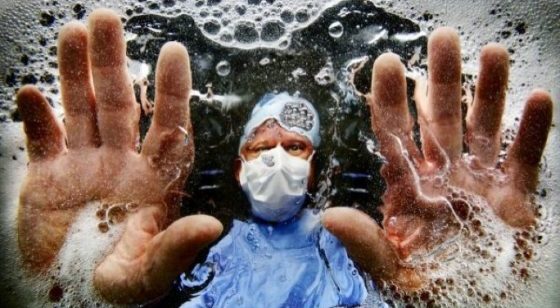 Superbugs are now well on their way to becoming resistant to the most common alcohol disinfectants used to kill them.  Alcohol-based hand sanitizers are now no match for the more resistant infection-causing bacteria.

According to a report by Reuters, scientists said that in a study of what the researchers described as a “new wave of superbugs,” the team found specific genetic changes over 20 years in vancomycin-resistant Enterococcus, or VRE – and were able to track and show its growing resistance to alcohol-based hand sanitizers designed to combat them. Their findings were published on Wednesday in the journal Science Translational Medicine.

Tim Stinear, a microbiologist at Australia’s Doherty Institute who co-led the study, said that in Australia alone, use of the alcohol-based hand hygiene has increased tenfold over the past 20 years. “So we are using a lot and the environment is changing,” he said. Yet while rates of MRSA and other infections have stabilized due to heightened hygiene, Stinear said, VRE infection rates have not. This prompted his team to investigate the VRE bug for potential resistance to disinfectant alcohols.

Such disinfectants restrict transmission of pathogens, such as multidrug-resistant Staphylococcus aureus and Enterococcus faecium. Despite this success, health care infections caused by E. faecium are increasing. We tested alcohol tolerance of 139 hospital isolates of E. faecium obtained between 1997 and 2015 and found that E. faeciumisolates after 2010 were 10-fold more tolerant to killing by alcohol than were older isolates. Using a mouse gut colonization model of E. faecium transmission, we showed that alcohol-tolerant E. faecium resisted standard 70% isopropanol surface disinfection, resulting in greater mouse gut colonization compared to alcohol-sensitive E. faecium. We next looked for bacterial genomic signatures of adaptation. Alcohol-tolerant E. faecium accumulated mutations in genes involved in carbohydrate uptake and metabolism. Mutagenesis confirmed the roles of these genes in the tolerance of E. faecium to isopropanol. These findings suggest that bacterial adaptation is complicating infection control recommendations, necessitating additional procedures to prevent E. faecium from spreading in hospital settings. –Science Translation Medicine journal

Paul Johnson, a professor of infectious diseases at Austin Health in Australia who also co-led the study, said the findings should not prompt any dramatic change in the use of alcohol-based disinfectants but spark awareness of the fact that bacteria are becoming “superbugs.” “Alcohol-based hand rubs are international pillars of hospital infection control and remain highly effective in reducing transmission of other hospital superbugs, particularly MRSA,” Johnson said.