I’m currently reading Stephen Schwarzman’s book, What It Takes, which talks about his life journey from middle-class Philadelphia to being worth $18.7B – all self-made.

Schwarzman is co-founder of Blackstone, which is the world’s most profitable private equity firm, with an emphasis on real estate.

I find that he is one of the most open-minded investors of our time. He’s extremely tolerant to any and all ideas, a trait that has helped his firm be a pioneer in many ways and pave the way for others.

In the book, Schwarzman discusses his period at Yale, where the famous Skull & Bones society is shrouded in mystery. Many presidents were initiated into it, as well as prominent captains of industry.

Schwarzman became a member one year after George W. Bush was admitted in. Going through the list, you’ll find past presidents, many speechwriters, senators, Supreme Court justices, bankers, and even Treasury Secretary Steven Mnuchin, who has been a member since 1985.

The first rule of this elite club is that you can’t talk about it.

What’s funny is I don’t need to know what they’re discussing since it’s pretty obvious by their works: PRINTING ENDLESS NEW CURRENCY UNITS.

It’s like we’ve all been admitted since the big secret is out: print until the restructuring day is forced upon the U.S. banking system by the Chinese bloc. 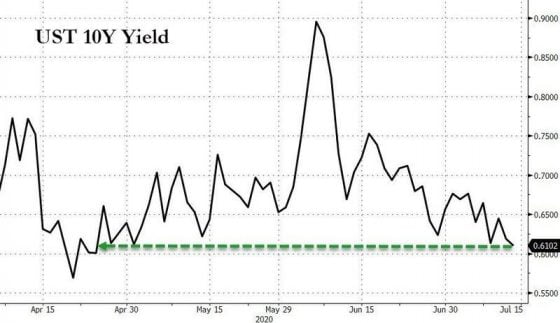 What Washington is telling you is exactly what ALL POLITICIANS are saying to our generation: fiat currencies are TRANSACTIONAL TOOLS, not means of storing purchasing power.

If you lend Washington money for a decade, you’ll receive a 0.61% yield, compared with nearly a 2% dividend yield for the most expensive stock market in history, represented by the S&P 500.

The globalists are telling you to SAVE IN GOLD.

Since 1985, the year our current Treasury Secretary was admitted into the Skull & Bones society, the dollar has lost 60% of its purchasing power.

Ray Dalio, another self-made billionaire, didn’t attend Yale, but like Schwarzman, he graduated from Harvard Business School. Very few hedge fund managers have studied the topic of reserve currencies as much as he has.

Dalio has become a controversial figure in recent years, but one thing is certain: Dalio is NOT AFRAID of speaking his mind against financial and monetary lunacy. 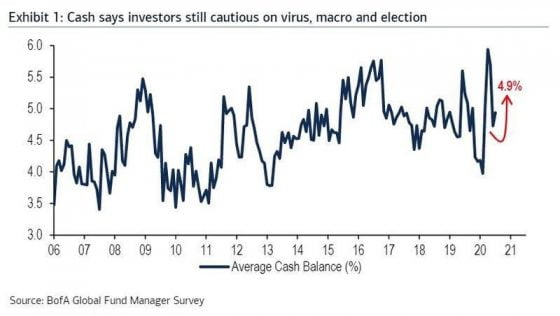 As you can see by the ELEVATED CASH LEVELS, held by Wall Street heavyweights, most hedge fund managers are fearful of entering stocks, but Dalio’s mantra is that CASH IS TRASH.

His way of looking at stocks is unique since he likens them to bond-replacers and HE’S RIGHT.
The world’s biggest companies are in STELLAR FINANCIAL SHAPE, full of cash and growing by the second.

Think of the whole matter in this way: if you’re on top of a hot air balloon that had a tear in its fabric, and your only option is to INFLATE, would you do that or pick CERTAIN DEATH?

Inflate or die is the central banks’ only dilemma. Judging by history, they will not willingly go to the grave.