This article was originally published by JD Heyes at Natural News under the title: German Study Finds That COVID-19 Vaccines Perpetuated The Pandemic and Caused Immune System Failure

If our country had an honest and competent ‘mainstream’ media staffed with professionals who took to heart our founders’ intent of a free press to hold those in power to account, there would be an outcry for one of the world’s biggest pharmaceutical companies to be held responsible for the damage it did to countless millions of people via faulty COVID-19 vaccines.

As reported by Conservative Review‘s Daniel Horowitz, “Tolerance is a good thing in most aspects of life. But when it comes to the immune system, artificially juicing up the body to create antibodies with long-term tolerance to a pathogen is a recipe for disaster.”

Amid thousands of papers on COVID and the vaccines, a new German paper published in Science Immunology should be the headline story this week. Although the subject matter is very dense, the implication of it is that the Pfizer shots (and possibly other mRNA spike protein shots) caused the immune system to misfire, thereby creating an endless feedback loop of viral immune escape, perpetuating the pandemic in the macro, and creating immune suppression for the individuals who received them.

He went on to write that it is “vexing” as to why, today, the virus remains with us, questioning the fact that whereas so many countries in the Pacific Rim did well against COVID in 2020 and 2021 but now have a much bigger problem in 2022 with a less virulent strain. He asks further why it appears as though this pandemic won’t end and so many people continue to contract it more than once.

“None of this is normal,” he wrote. “Wherever you turn, the most vaccinated countries are not only experiencing rampant side effects from the shots, but worse outcomes from COVID itself following their endless booster campaigns.”

During the last six months, 98% of all reported covid deaths have occurred in nations where more than 1 vaccine dose has been administered per person.

Essentially no deaths are occurring in the unvaccinated nations. pic.twitter.com/QIG7CyMJwc

“Portugal is the most vaccinated nation in all of Europe (95% vax’d, 70% boosted) and yet just as many people are dying now as in 2021 and significantly more people than in 2020 (when no one was vax’d and no one had immunity and covid was more virulent). Safe and effective?” the Twitter account PLC noted, along with a graphic chart showing a historic spike in mortality in the country.

Portugal is the most vaccinated nation in all of Europe (95% vax'd, 70% boosted) and yet just as many people are dying now as in 2021 and significantly more people than in 2020 (when no one was vax'd and no one had immunity and covid was more virulent).

But even more telling than an epidemiological comparison of one nation to another is a comparison of outcomes within nations themselves between pre- and post-vaccination/booster campaigns. Prior to the mass vaccination, two parts of the world largely escaped excess deaths from the virus: continental Africa and the Pacific Rim nations. Yet whereas Africa flatlined in terms of COVID deaths throughout 2021-2022, countries like Japan only experienced meaningful numbers of deaths after the mass vaccination program. 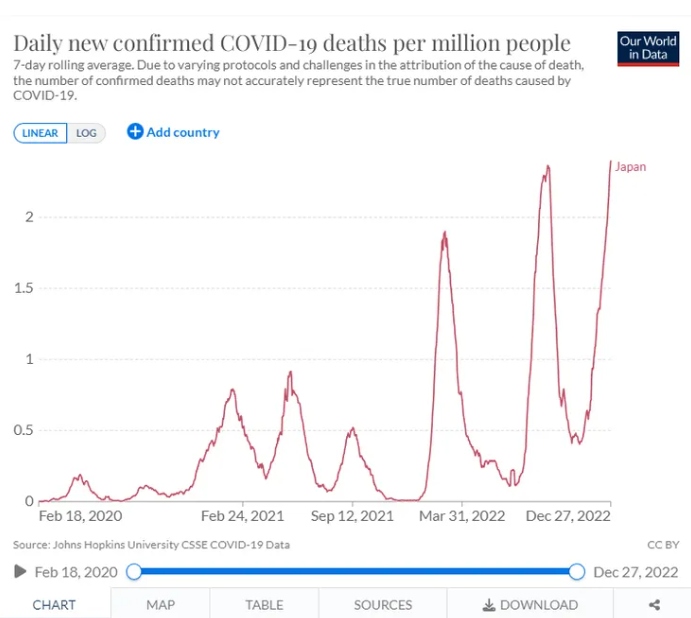 The chart, Horowitz pointed out, shows that Japan’s COVID death curves are progressively worse and that the change only began after most citizens, and seniors, in particular, were boosted, despite the fact that the Omicron variant is far less pathogenic than previous strains. He also noted that Japan currently leads the world in cases of coronavirus per million people while adding that Australia is experiencing a similar phenomenon. 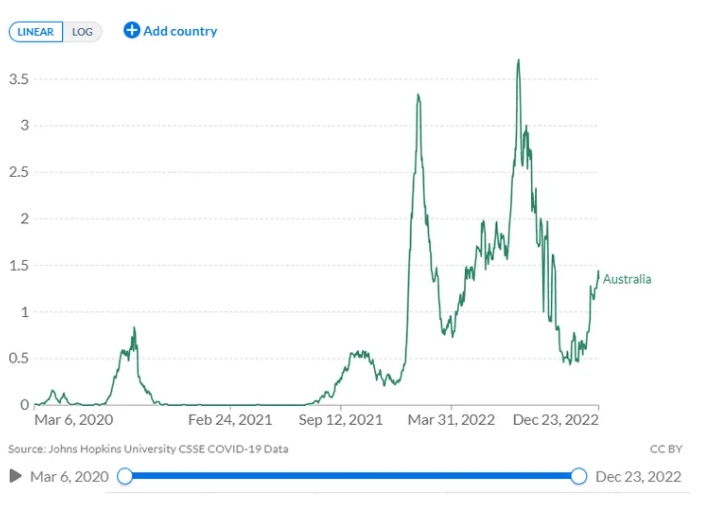 Contrast these two high-boost nations with Nigeria, Africa’s most populous country and where few are vaccinated, Horowitz pointed out. 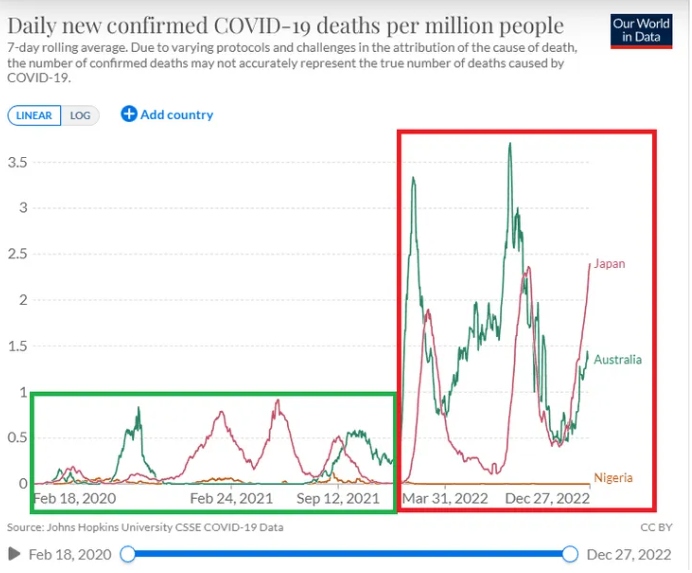 A group of German researchers tested for which specific antibody levels spike at what time. Specifically, they tested the Pfizer shot against the AstraZeneca shot and discovered something very concerning. Increasingly over time, and particularly with three doses of Pfizer, the immune response switched from the more neutralizing IgG1 and IgG3 antibodies to the non-neutralizing “tolerating” IgG4 antibodies:

High levels of neutralizing SARS-CoV-2-antibodies are an important component of vaccine-induced immunity. Shortly after the initial two mRNA vaccine doses, the IgG response mainly consists of the pro-inflammatory subclasses IgG1 and IgG3. Here, we report that several months after the second vaccination, SARS-CoV-2-specific antibodies were increasingly composed of non-inflammatory IgG4, which were further boosted by a third mRNA vaccination and/or SARS-CoV-2 variant breakthrough infections. IgG4 antibodies among all spike-specific IgG antibodies rose on average from 0.04% shortly after the second vaccination to 19.27% late after the third vaccination. This induction of IgG4 antibodies was not observed after homologous or heterologous SARS-CoV-2 vaccination with adenoviral vectors [emphasis added].

This is important, he says, because — according to the study — “not only do these shots fail to produce the first line of defense antibodies known as IgA in the mucosal, something we knew from day one, but even the blood-based antibodies are increasingly the wrong type. This problem seems to get worse over time and with more doses of the shot, which correlates perfectly with numerous studies showing negative efficacy increasing over time, with more doses, and how the vaccinated take longer to clear the virus.”

This would certainly explain two things: Why vaccinated and boosted individuals continue to contract the virus more than once; and the presence of so-called “long COVID” symptoms.

Again, if we had a responsible press and not a gaggle of statist propagandists, this information would be leading the news cycle for weeks until someone, somewhere, was held accountable.