In early 2012 the U.S. Congress authorized the FAA Air Transportation Modernization and Safety Improvement Act. Within this bill is a provision calling for the deployment of some 30,000 robotic drones over the skies of America by 2015, arguably the boldest overt domestic surveillance initiative to have ever been introduced in the land of the free. With an average of some 600 drones allocated per state, this future network of highly advanced surveillance systems promises to give law enforcement, military and intelligence assets unprecedented video and audio access into the lives of every single American.

But whenever government attempts to institute a ban on contraband items, or pass draconian laws, or introduce new tracking and surveillance methods, rebellious elements within the target populace rapidly develop counter-strategies and technologies to marginalize the threat.

Artist and fashion designer Adam Harvey, who objects to the authoritarian nature of the global surveillance state, has done just that.

In an effort to  counter the high-tech integrated drone surveillance systems soon to be fused into intelligence networks across the country, Harvey and a group of partners have developed a line of clothing dubbed Stealth Wear.

Making its debut on January 17th, the Stealth Wear line will include hoodies, scarves, hats, and t-shirts that will make the wearer invisible to thermal imaging cameras widely used throughout the unmanned aerial vehicle community.

The idea is that the material blocks heat signatures, captured using infrared sensors, which give people away to surveillance helicopters or drones from the skies above. [link]

The flagship Stealth Wear line will include: 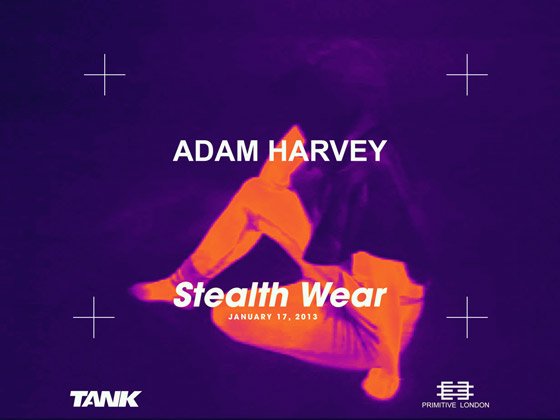 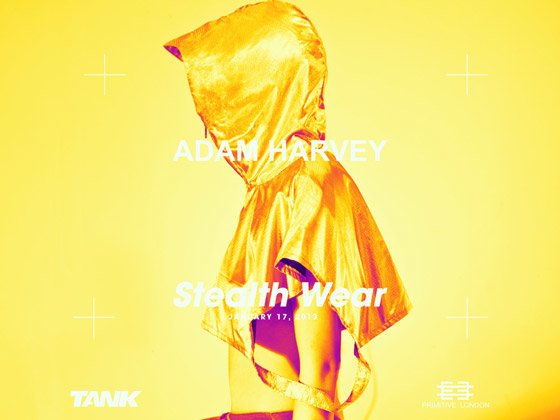 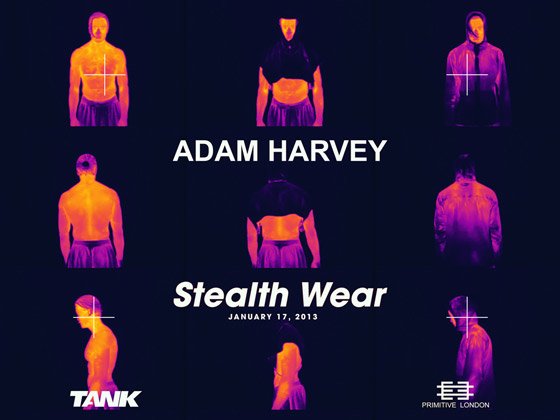 Harvey and his project team aren’t just limiting the scope of their work to anti-drone technology either.

CV Dazzle is camouflage from computer vision (CV). It is a form of expressive interference that combines makeup and hair styling (or other modifications) with face-detection thwarting designs. The name is derived from a type of camouflage used during WWI, called Dazzle, which was used to break apart the gestalt-image of warships, making it hard to discern their directionality, size, and orientation. Likewise, the goal of CV Dazzle is to break apart the gestalt of a face, or object, and make it undetectable to computer vision algorithms, in particular face detection.

Because face detection is the first step in automated facial recognition, CV Dazzle can be used in any environment where automated face recognition systems are in use, such as Google’s Picasa, Flickr, or Facebook 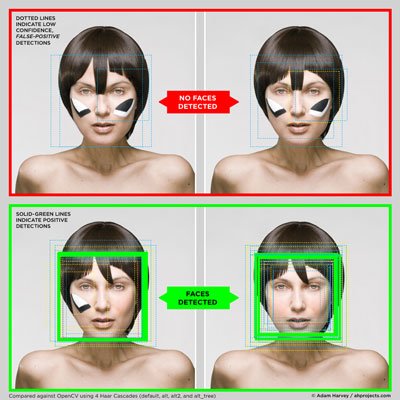 They’ll also be launching a product called Off the Pocket for your cell phone, a technology that is capable of zeroing out your phone’s broadcast signal, making it invisible to GPS and mobile network triangulation.

Building off previous work with CV Dazzle, camouflage from face detection, Stealth Wear continues to explore the aesthetics of privacy and the potential for fashion to challenge authoritarian surveillance. Presented by PRIMITIVE at TANK MAGAZINE HQ will be a suite of new designs, made in collaboration with NYC fashion designer Johanna Bloomfield, that tackle some of the most pressing and sophisticated forms of surveillance today.

Accompanying each project will be videos and tests revealing the process behind each technology and counter technology.