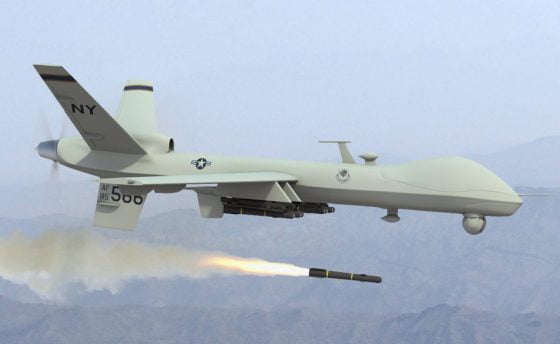 The ruling class killed a leader of al Qaeda and has since warned Americans that they could now become targets. The state department said Americans abroad could potentially face increased violence against them after a United States drone strike in Afghanistan killed al Qaeda leader Ayman al-Zawahiri.

In a Worldwide Caution communique, the State Department said that “current information suggests that terrorist organizations continue to plan terrorist attacks against US interests in multiple regions across the globe,” adding that such attacks may be carried out via suicide operations, assassinations, kidnappings, hijackings, and bombings, according to a report by RT.

Americans have also been warned that U.S. facilities abroad may “temporarily close or periodically suspend public services” while threats and security situations are being evaluated and dealt with. “As terrorist attacks often occur without warning, U.S. citizens are strongly encouraged to maintain a high level of vigilance and practice good situational awareness when traveling abroad,” the alert concluded.

How oddly ironic that the U.S. committed an act of terrorism by killing an al Qaeda leader, and saying retaliatory acts of terrorism will now be committed against those who had literally nothing to do with this drone bombing. They aren’t even trying to hide the slave state we live under anymore. It’s all out in the open.

The warning comes after the CIA conducted a drone strike in Afghanistan over the weekend that killed al Qaeda leader and Osama Bin Laden successor Ayman al-Zawahiri. The 71-year-old Egyptian national was in the top 22 of the FBI’s most wanted terrorists since October 2001 and he is believed to be one of the masterminds behind the 9/11 attacks in the US. –RT

It’s always the slaves that have to suffer the consequences of their masters’ actions against others. What’s also hilarious, is that in light of this warning that Americans could now be targets of terrorism, the U.S. ruling class tried to claim they are safer. You cannot make this up.  White House national security adviser Jake Sullivan has actually claimed that the killing of Zawahiri has made the U.S. safer, while the State Department has warned that his death triggers “a higher potential for anti-American violence” as al Qaeda and other terrorist organizations may be compelled to respond to the assassination.