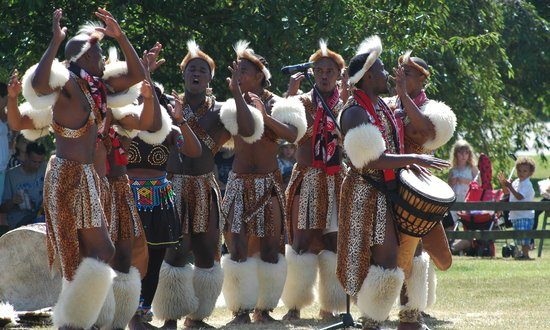 Now, this is what unity looks like.  South Africa’s Zulu nation has joined forces with white farmers being subjected to racial land seizures in order to prevent the atrocity.

The largest ethnic group in South Africa, Zulu, has spoken out against the racial expropriation of land without compensation in the country. Zulu is ready to cooperate with the country’s white farmers, known as “Afrikaners” or “Boers” to prevent the seizure of their land, reported RT.  Zulu King Goodwill Zwelithini has said the group will cooperate with South African minority rights group AfriForum because they desire to eat in the future.

“The Zulu nation I’m talking about will not exist if we don’t have food. That’s why I say farmers must come closer so that we discuss what we can do when we talk about agriculture and the availability of enough food in the land. That’s why I’m asking AfriForum of the Boers to come and help us,” Zwelithini said, as quoted by eNews Channel Africa. “Because when government started talking about the appropriation of land, expropriation without compensation, Boers downed tools. There is no food in South Africa,” he added.

Zulu people are the largest ethnic group in South Africa, with an estimated 10-12 million people living mainly in the province of KwaZulu-Natal. The group accounts for more than a fifth of the country’s population and its opinion is important in the context of the general elections next year. –RT

“Anyone who wants to be voted for and elected by us, I’m going to talk now, anyone who wants to be elected by us must come and kneel here and commit that I will never touch your land,” the Zulu King said firmly placing private property rights above political or racial affiliation.  While the Zulu King officially has no political power, he does have the loyalty of millions of people who may not be affiliated with politics.

The land expropriation program run by President Cyril Ramaphosa is designed to redistribute land to poor black people to tackle severe inequality 24 years after the end of apartheid. It mostly involves lands owned by Boers, whites primarily of Dutch descent. However, the program has aroused discontent among the Zulus, too, sparking fears that they could be the next to lose land.