Situational Awareness Could Save Your Life: “It’s Time To Realize These Are Dangerous Times” 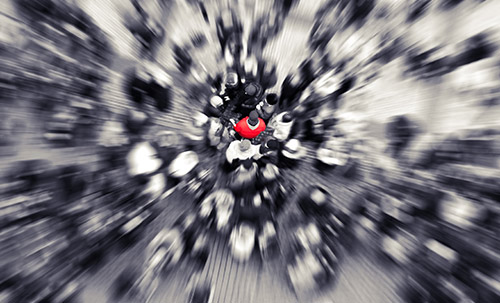 This article has been contributed by Dr. Joe Alton via DoomAndBloom.net. Dr. Alton and his wife Nurse Amy Alton are the authors of the must-have Survival Medicine Handbook.

On France’s equivalent of Independence Day, a large truck with multiple occupants plowed through a large crowd in the southern city of Nice and engaged in a gunfight with police. Bystanders noted that the truck appeared to accelerate into the festive throng, killing 84 and injuring many more.

It seems that you can’t read the news without a report of a terror event somewhere, and it’s clear that there will be more to come I believe that this is just part and parcel of what I’ve called the New Normal in recent articles.

I’ve mentioned the concept of “situational awareness” as a way to decrease your chances of becoming a victim in future terror attacks. In these days of Pokemon Go and other smartphone distractions, you’re seeing more and more people not paying attention to their surroundings. In the past, this might get you a bump on the head for walking into a lamp post. In today’s world, however, it could cost you your life.

Situation awareness involves understanding what’s going on in your immediate vicinity that might be hazardous to your health. I don’t mean second-hand smoke here; I’m talking about knowing what dangers may exist that you can avoid or abolish with your actions. Especially important for soldiers in a combat zone, it’s now become just as important for the average citizen in any large crowd.

In an area at risk (anyplace where multitudes of people gather), simple things might save your life. Things like not having your hoodie up, which can be like blinders on a horse. Things like making a mental note of the nearest exit at the mall. Things like looking around for people who are nervous or, perhaps, dressed too warm for the weather. The situationally aware person will have the best chance to plan an escape when an attack occurs.

In Nice, France, the terrorists waited for the crowd to be distracted by fireworks. Spectators who had their eyes glued to the sky wouldn’t have time to react, and this greatly increased the casualty count. The situationally aware person would always be looking around for possible threats, and these days in France, the threats are everywhere.

In such a crowd, it would pay to be at the fringes and not in the middle. Having a wall to your back would eliminate a danger that might come at you from behind. Indoors, for example, in a movie theater, you want a view of the exits as well as the screen. If someone is behaving strangely, move away from them. If someone is screaming at the employee at the local burger joint (I said NO CHEESE!), maybe you should leave and order a pizza instead.

It’s difficult to instill a culture of situational awareness in a population, but it can be done if you start early. When you’re out with the kids, tell them to pay attention to what’s going on where you are. Once the family has left the area, ask them how many people were there, what they were wearing, or other details. Ask them what they would have done if there was an attack. Do this often enough, and they may begin to pay less attention to their smartphones and more to their surroundings.

All this attention to detail may seem paranoid to you, but it’s time to realize that these are dangerous times.  Incorporate situational awareness into a calm, observant mindset and you’ll gain those extra seconds that could have meant the difference between life and death for so many in Nice.

Related: Active Shooters: When Violence is the Answer: “Denial and Hesitation Makes For A Soft Target”

Joe Alton, M.D., aka Dr. Bones, is an M.D. and fellow of the American College of Surgeons and the American College of OB/GYN. Amy Alton, A.R.N.P., aka Nurse Amy, is an Advanced Registered Nurse Practitioner. Together, they’re the authors of the #1 Amazon bestseller in Survival Skills and Safety/First Aid “The Survival Medicine Handbook”, well known speakers, podcasters, and YouTubers, as well as contributors to leading survival/homesteading magazines. You will find over 800 posts on medical preparedness at their web site DoomAndBloom.net.