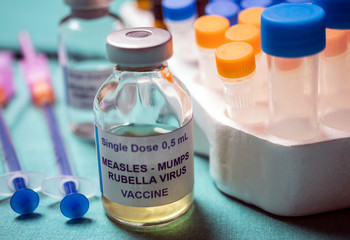 This article was originally published by Ethan Huff at Natural News under the title: Covid-Jab Induced AIDS: Sickness and Death Will Increase as mRNA-Damaged Immune Systems Succumb to Every New Disease

Recently, a paper was published in the journal Science Immunology showing that people who get “vaccinated” for covid with mRNA suffer immune dysregulation resulting in the overproduction of an antibody called IgG4.

This dysregulation means that over time the “fully vaccinated” will lose their generalized immunity and no longer be able to ward off coronaviruses of any kind, including the common cold. (Related: Mass “vaccination” for covid has led to a massive spike in AIDS.)

With each subsequent infection, someone who got all his covid shots will become increasingly more prone to illness. Conversely, those with natural immunity will become less prone to infection because their immune systems function properly and continually learn how to fight mutating diseases.

Since most people are fully injected, covid infections will continue – and on average, their severity over time will increase, which would not have been the case had nobody ever gotten jabbed.

“People will take longer to get better once they’re infected,” explains Alex Berenson. “Hospitalizations and deaths will rise. The health-care system will come under worsening strain.”

“Oh, and some people may suffer nasty autoimmune side effects too, including pancreatitis, kidney disease, and even aneurysms.”

If newer, deadlier covid “strains” appear, the fully vaccinated are to blame

A few marginalized voices warned about this in the past. They said that releasing a vaccine in the middle of a pandemic was a very bad idea and one that would make eradicating the scourge that much harder, if not impossible.

We are now witnessing the consequences of Operation Warp Speed in real-time. Berenson says that in a worst-case scenario, a more dangerous SARS-CoV-2 variant could appear “that our weakened immune systems cannot clear” – “our,” in this context, being people who got jabbed.

“We know much less about the immune system than we pretend and even less about how these specific changes might affect people in the long run,” he writes.

The way natural immunity works – meaning unvaccinated immunity – is that the body produces antibodies against “antigens,” in this case coronavirus. These antibodies neutralize antigens by keeping them out of cells, as well as recruit other parts of the immune system to destroy them.

A fully jabbed immune system, conversely, does not perform this process correctly because the shots tell it to start producing incorrect antibody ratios. The aforementioned paper reveals that the body overproduces IgG4, “which doesn’t try very hard to destroy the invaders,” Berenson says.

“That process accelerates sharply in people who have received a booster, a third shot,” he adds.

While an overabundance of IgG4 can still offer some protection against coronaviruses, it is inadequate depending on how the virus mutates. A vaccine-damaged immune system will constantly be bombarded with newer invading strains that it does not know how to fight, resulting in increased illness and possible death.

The fully jabbed still have T-cells, Berenson says, which function as “a final line of defense.” These do not match up very well against Omicron (Moronic), though.

“At this point, the long- and medium-term downsides clearly outweigh whatever short-term increase in antibodies boosters provide,” Berenson says about the injections.

Berenson does not subscribe to the notion that the immune destruction caused by covid jabs affects other health conditions like the flu and other viruses. In other words, he believes that the fully injected will still have enough functioning to ward off those – though many others disagree.

Either way, continuing to administer covid shots to people is a fool’s errand – especially for recipients as they no longer need an excuse to just say no to these experimental and deadly drugs.