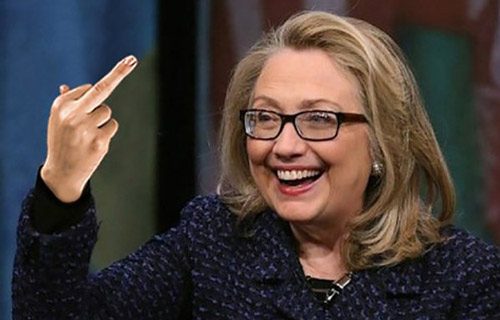 You really can’t make this stuff up.

Wasserman Schultz, whose leaked emails showed that the Democratic National Committee worked to scuttle the Sanders campaign while ensuring a Clinton primary victory, will now serve as “Honorary Chair” for the national Hillary Presidential campaign.

Here is the full text of the Clinton Campaign’s statement:

“I want to thank my longtime friend Debbie Wasserman Schultz for her leadership of the Democratic National Committee over the past five years. I am grateful to Debbie for getting the Democratic Party to this year’s historic convention in Philadelphia, and I know that this week’s events will be a success thanks to her hard work and leadership. There’s simply no one better at taking the fight to the Republicans than Debbie–which is why I am glad that she has agreed to serve as honorary chair of my campaign’s 50-state program to gain ground and elect Democrats in every part of the country, and will continue to serve as a surrogate for my campaign nationally, in Florida, and in other key states. I look forward to campaigning with Debbie in Florida and helping her in her re-election bid–because as President, I will need fighters like Debbie in Congress who are ready on day one to get to work for the American people.” 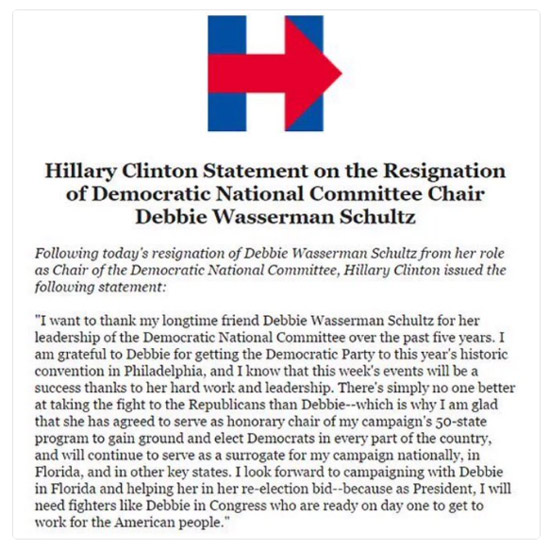 Also See: Wasserman Schultz gets booed by Democrats on the opening day of their convention