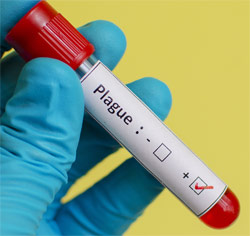 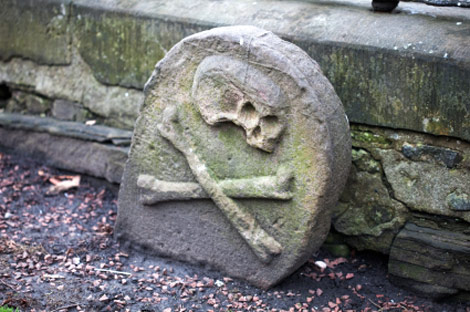 What could possibly go wrong when you mix deadly pathogens with inept government bureaucracy?

Well don’t look now, but the DoD is out warning that the army might have also mishandled samples of the black plague which isn’t known to be dangerous unless you count the time it wiped out 60% of Europe’s entire population. Here’s more from CNN:

The U.S. Department of Defense is looking into possible mishandling of bubonic plague and equine encephalitis samples at its laboratories, a Pentagon spokesman said Thursday.

The new inquiry is part of an investigation into the mishandling of anthrax at Department of Defense labs, Pentagon spokesman Peter Cook said.

The department hasn’t determined whether samples containing plague bacteria and specimens of the deadly virus were shipped from its labs, Cook said.

The latest investigation started after CDC inspectors found a sample of the plague in a freezer outside of a containment area on August 17 at the Edgewood Chemical Biological Center in Maryland, Cook said.

Investigators are working to determine whether the sample posed an “infectious threat,” Cook said. Army tests found it was not infectious.

“That’s the scientific work that’s being done at this particular time, determining exactly what happened there, and whether or not … there was mislabeling,” he said.

Yersinia pestis, the same type of bacterium that was responsible for the plague pandemic that wiped out 60% of the European population between the 14th and 17th centuries, maintains a foothold in the United States and around the globe in rodents and the fleas that live on them.

Today, the infections are treatable with antibiotics if they’re caught early enough. Since 1970, there have been anywhere from a few to a few dozen cases of plague every year in the United States, most of them occurring in Western states, according to the Centers for Disease Control and Prevention.

Yes, only “a few to a few dozen cases of plague” per year, but that bubonic dearth is nothing the US military can’t fix with a few “mislabed” samples and a FedEx account.

For their part, Fred Upton (chairman of the House Energy and Commerce Committee) and Frank Pallone (ranking Democrat) are incredulous: “Anthrax being mishandled is disconcerting enough, but now the mishandling also includes [the] plague.”

Last month The Prepper’s Blueprint author Tess Pennington reported that the Centers for Disease Control put U.S. doctors on alert for Bubonic Plague as cases began popping up from Georgia to California.

In a world where we have been told by officials that there is no threat of such a virus ever grabbing hold and wiping out our population, we wondered, how could such a thing happen in modern times? How can a plague from the Middle Ages still be killing people?

We may now have our answer. You see, when you leave a deadly pathogen once responsible for killing off 60% of an entire continent in a freezer with TV dinners, there is a distinct possibility that it could be released into the wild. While we understand that the recent outbreak of Plague could have occurred as a result of natural means, an accidental or purposeful release cannot be ruled out.

The government would never release a deadly pathogen on a population, unless of course you consider that this is exactly what we did when we dropped Bubonic plague infected fleas on North Korea. But they’re the enemy, so that doesn’t count.

We’d never kill our own people, though. Not intentionally, right?

“The effects of the tests and experiments are often difficult to determine. Although some participants suffered immediate acute injuries, and some died, in other cases adverse health problems were not discovered until many years later–often 20 to 30 years or longer.”

It is now confirmed that during the Cold War, the United States Army conducted experiments on St. Louis, Missouri residents, which at the time they claimed were for the purposes of protecting the population. Sociologist Lisa Martino-Taylor filed multiple Freedom of Information requests and obtained documents from the US Army that confirmed her worst fears: Some 10,000 people in St. Louis had been sprayed day and night with radioactive particles in the 1950s and 60s.

Keep in mind that this is not conspiracy theory. These citations are from official government documents. Though most of the experiments documented are from the Cold War era, the key takeaway is that to government scientists and military personnel we are all just guinea pigs.

Whether the latest string of Bubonic Plague infections is the result of natural causes or government carelessness we may never know. What we do know is that there is a distinct possibility that the American people are actively a part of yet another experiment for the greater good.

The Prepper’s Blueprint: A Step-By-Step Guide To Survive Any Disaster

Military Site’s Forecast for 2025: Economic Collapse Will Lead to Massive 78% Depopulation in America