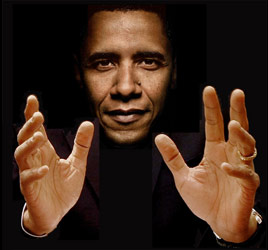 President Obama has signed a new executive order authorizing Federal agencies to perform behavioral studies on American citizens. The studies, which will be performed without express permission from participants, are designed to advance government initiatives by “nudging” citizens toward certain behaviors and choices.

“A growing body of evidence demonstrates that behavioral science insights — research findings from fields such as behavioral economics and psychology about how people make decisions and act on them — can be used to design government policies to better serve the American people,” reads the executive order, released on Tuesday.

The new program is the end result of a policy proposal the White House floated in 2013 entitled “Strengthening Federal Capacity for Behavioral Insights.”

The initiative draws on research from University of Chicago economist Richard Thaler and Harvard law school professor Cass Sunstein, who was also dubbed Obama’s regulatory czar. The two behavioral scientists argued in their 2008 book “Nudge” that government policies can be designed in a way that “nudges” citizens towards certain behaviors and choices.

In its 2013 memo, which was reported by Fox News at the time, the White House openly admitted that the initiative involved behavioral experimentation.

“The federal government is currently creating a new team that will help build federal capacity to experiment with these approaches, and to scale behavioral interventions that have been rigorously evaluated, using, where possible, randomized controlled trials,” the memo read.

Other recent Executive Orders authorize the President and Federal Government to, among other things, shut down the internet in the event of a cyber attack, as well as to seize personal stockpiles of food and other supplies during a nationally declared emergency.

Thus, it makes complete sense that the Federal government has now given itself authorization to perform experiments on the American people.

Such ideas used to be restricted to the realm of fringe conspiracy theory.

Obama Has Just Given Himself the Authority to Seize Your Assets