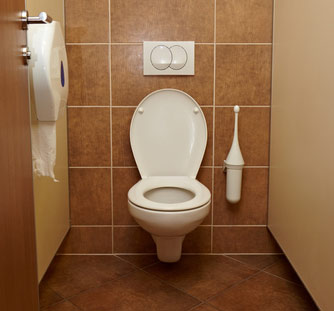 Have you ever wonder what it is that government employees actually do?

Contractors built secret man caves in an EPA warehouse, an employee pretended to work for the CIA to get unlimited vacations and one worker even spent most of his time on the clock looking at pornography.

It appears, however, that a regional office has reached a new low: Management for Region 8 in Denver, Colo., wrote an email earlier this year to all staff in the area pleading with them to stop inappropriate bathroom behavior, including defecating in the hallway.

In the email, obtained by Government Executive, Deputy Regional Administrator Howard Cantor mentioned “several incidents” in the building, including clogging the toilets with paper towels and “an individual placing feces in the hallway” outside the restroom.

Confounded by what to make of this occurrence, EPA management “consulted” with workplace violence “national expert” John Nicoletti, who said that hallway feces is in fact a health and safety risk. He added the behavior was “very dangerous” and the individuals responsible would “probably escalate” their actions.

This is where your tax dollars are going.

If you were in the private sector, as Karl Denninger notes, you’d be fired immediately and prosecuted to the full extent of the law when applicable.

An EPA spokesperson says that the agency is investigating. “Management is taking this situation very seriously and will take whatever actions are necessary to identify and prosecute these individuals,” said Deputy Regional Administrator Howard Cantor .

Here’s an idea, considering we live in a surveillance state and billions are being spent on monitoring Americans.

Why not take some of those cameras that we have at just about every street light in America and utilize them to instead monitor the activities of government employees. Put them in any venue that requires tax payer money to function including police stations, regulatory agencies like the EPA, Congressional offices and meeting rooms, and the White House.

And because we certainly don’t need the government spending more money on yet another monitoring agency, make those live feeds accessible to the public.

The American people would be happy to crowd-source the counter-surveillance. Moreover, we’ll happily capture, record and upload videos of interest to outlets across the internet.

The only way to stop government corruption and indecent behavior is to hold the employees of the taxpayer accountable. Since the government itself is obviously incapable of doing this, why not let the public take over?

With this strategy we can achieve full transparency, as promised by the Obama Administration. It’s the only way to hold to account those who would defecate on Americans and the U.S. Constitution.