A recent study noted that the majority of people have enough food in their pantries to feed their household for about three days and that seemingly stable societies are really just nine meals from anarchy. With most of us dependent on just-in-time transportation systems to always be available, few ever consider  the worst case scenario.

Limited electricity has made it possible for some to share their experiences:

Things are starting to become horrific for the unprepared, as food lines stretch for miles and Meals-Ready-To-Eat are in short supply: 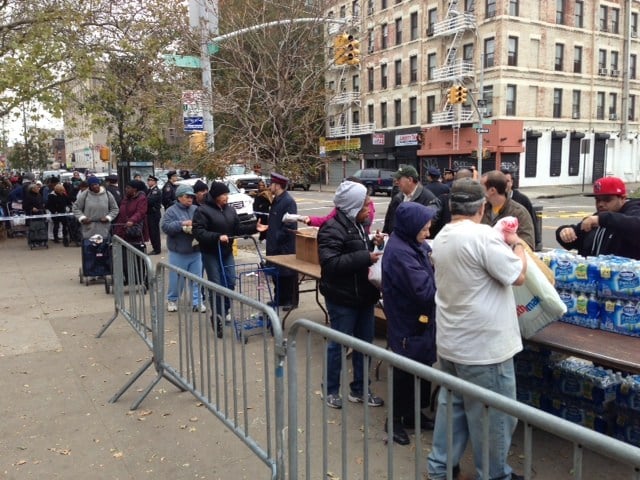 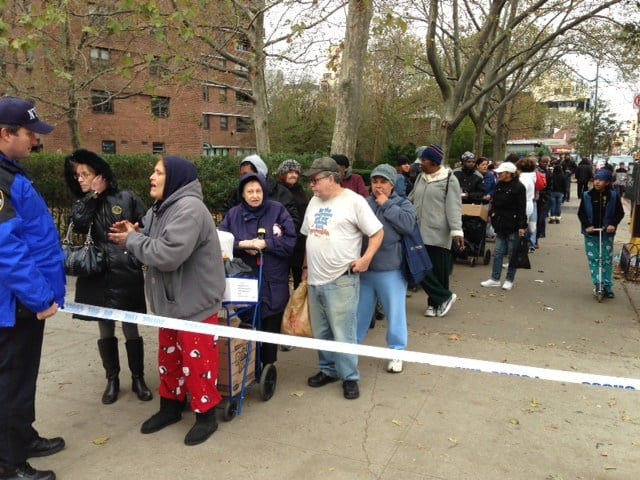 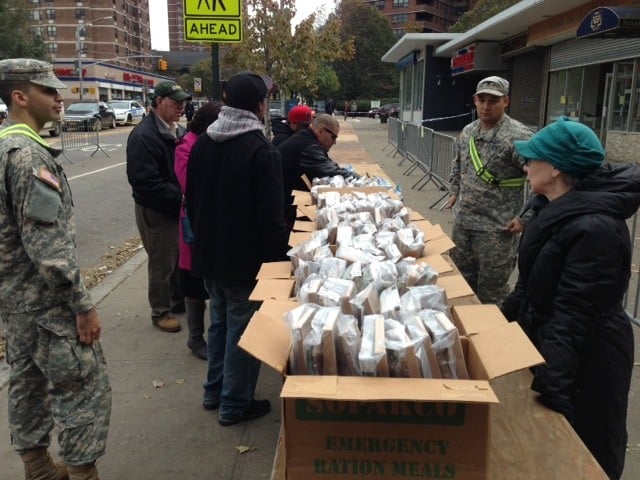 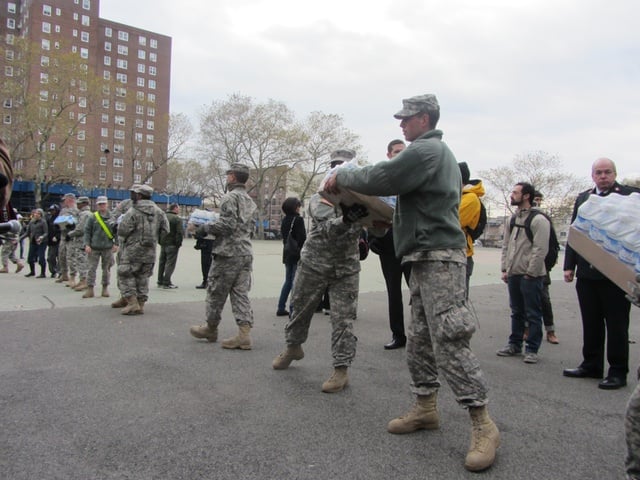 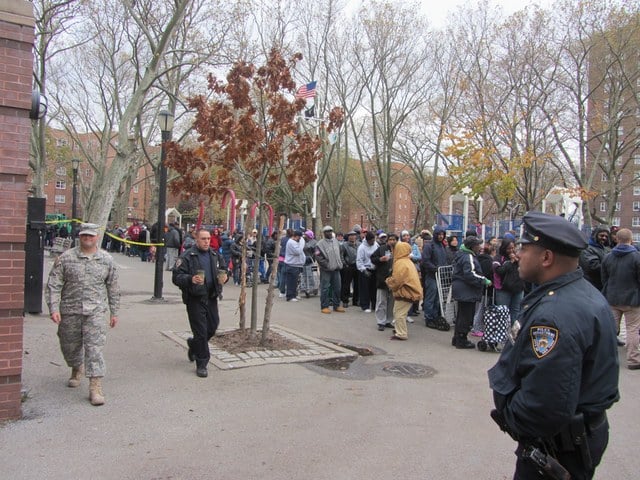 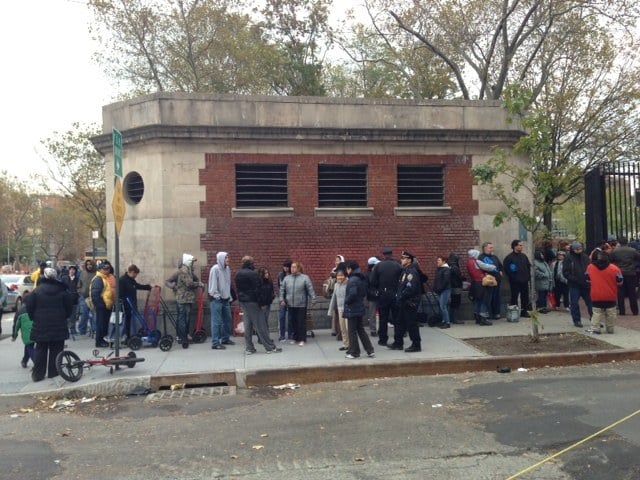 (above images via Gothamist) 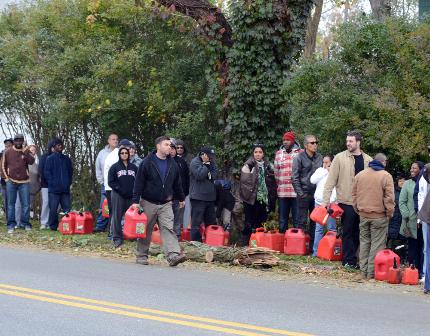 With mass transit out of service and no gas, residents have no choice but to commute by foot. Survival Blog founder James Rawles has referred to the masses of starving people who will roam the streets in a post-collapse world as the Golden Horde – here’s a small taste of what that will look like: 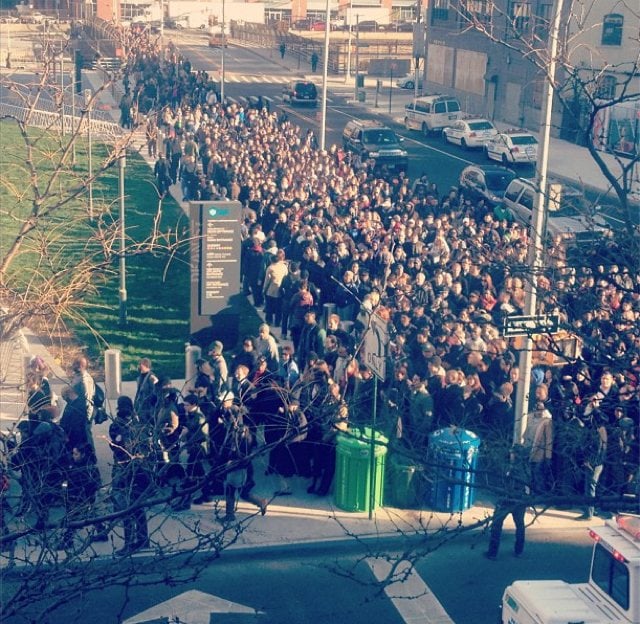 The situation has become so desperate that some have been forced to resort to rummaging through the garbage for food: 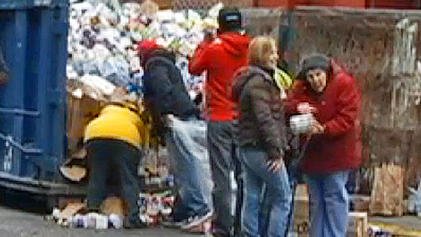 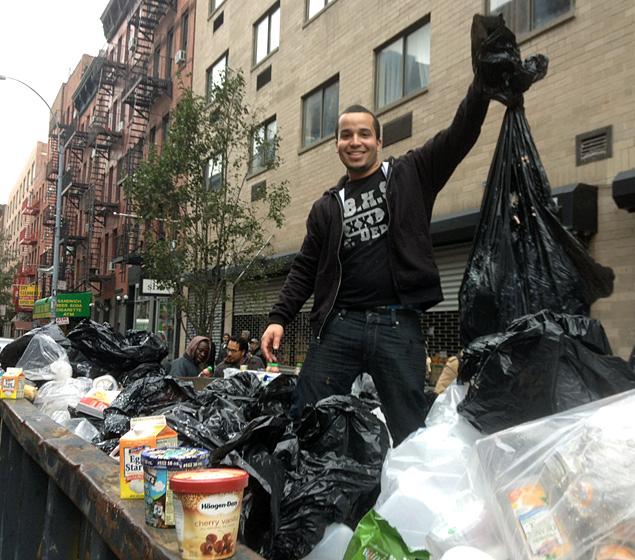 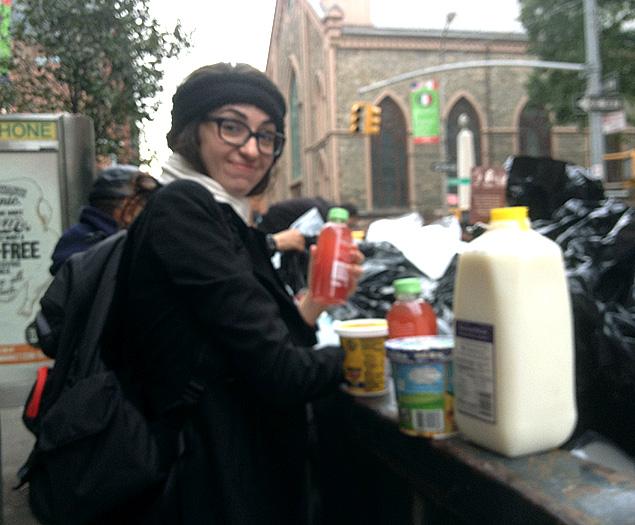 “We’ve seen everyone here from the elderly, to families with children…”

A simple 72 hour survival kit and some basic hurricane preparedness would have prevented days of heartache for residents of stricken areas.

The vast majority of those waiting in mile-long long food lines, rummaging through the trash, and criticizing their government officials for a slow and insufficient response have no one to blame but themselves.

This may be harsh – but it’s true.

We wish all those having a difficult time dealing with the aftermath of Hurricane Sandy the best going forward. Perhaps it will be a wake-up call for the rest of the nation.

Hurricane Sandy, while disastrous, is not nearly as bad as it could have been.

It has happened before. It will happen again. Prepare or suffer the consequences.