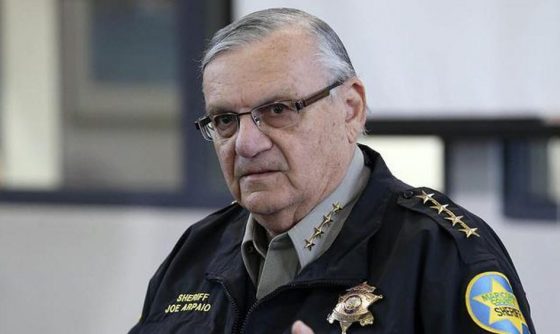 Former Sheriff Joe Arpaio has said he’s had evidence that Barack Obama’s birth certificate was a phony document for a while now. After an interview on CNN, however, he doubled down saying no one in the mainstream media wanted to cover the evidence found.

Arpaio announced Tuesday that he is running for the Arizona United States Senate seat currently occupied by Senator Jeff Flake, who is retiring from Congress at the end of his term. “No doubt about it, we have the evidence, I’m not going to go into all the details, yeah, it’s a phony document,” Arpaio said on Cuomo Primetime.

According to CNN, (which, keep in mind, is biased against Joe Arpaio, as evident in the interview) Arpaio was a staunch supporter of President Donald Trump during the campaign and was pardoned by the President in August. The former Maricopa County sheriff was convicted of defying a court order to stop racially profiling Latinos, and he has been widely criticized for his hard-line stances on immigration. Arpaio has also annoyed the biased liberal media outlet by acquiring evidence that Obama forged his birth certificate. “Birtherism” as CNN put it, was touted by Arpaio in the past, and, when speaking to CNN‘s Chris Cuomo on Wednesday evening, he once again said he has proof that Obama’s birth certificate is fake.

Arpaio even perhaps threw some shade at Cuomo. He said he does support Trump, and he “doesn’t like” how “some people” have gone after him. But Cuomo fires back asking if Arpaio no longer “agrees to profile Latinos.”

“Was the “birtherism” a mistake?” asks Cuomo. “Oh, now you’re bringing that up?” Arpaio replies. “Let me tell you something,” he continues. “I started this because a fake document, a government document; I didn’t care where the president came from, I didn’t care at all. And we have the evidence. Nobody will talk about it, Nobody will look at it and anytime you wanna come down here, anybody, we’ll be glad to show you the evidence.”

Cuomo pressed Arpaio again on the topic: “So you believe that President Obama’s birth certificate is a phony?”
“No doubt about it,” Arpaio said.