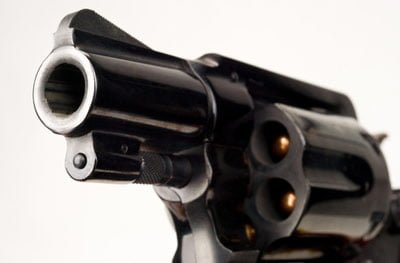 All over America local and state governments are attempting to restrict the individual’s ability to protect themselves from harm by banning the ownership, possession, and carrying of firearms for self defense. So much so that even businesses and quasi-government entities are jumping aboard the bandwagon.

But every time they try to pass legislation or regulations contrary to the spirit and letter of the Second Amendment, advocates for gun rights step in to fight the good fight.

The latest victory comes from Florida, where 24-year old college student and mother Alexandria Lainez was threatened with expulsion and arrest for her decision to keep a firearm in her car while attending class.

Florida Carry Inc. and  Alexandria Lainez vs. the University of North Florida centered around Lainez’s ability to store a gun in her vehicle while attending classes at UNF so she would have available for self-defense while traveling to and from campus.

Lainez is a young mother, Friday said, “and she takes seriously her responsibility to protect herself and her child.”

Lainez, who’s 24 and has had a concealed weapons permit for three years, said she takes firearms safety and training pretty seriously, too. A Jacksonville resident with a half-hour one-way commute to school, she said she’s working to get students at other schools interested in gun training, too.

“I think it’s pretty important to be able to protect myself and my son, especially with that long commute to and from school.”

And making that commute armed means storing the gun on UNF property.

UNF regulations prohibit weapons on campus. According to the student handbook printed in 2011 when the case was filed, expressly threatened that violators could be arrested.

“No college or university has the authority” to make such a regulation, Friday said.

Lainez, a member of Florida Carry, sued UNF to change the regulation, but lost at trial to UNF’s argument that it could ban weapons because state law allowed school districts to do so. UNF argued that since it’s a school, it should be considered like a public school district.

“From the beginning, the argument was an absurdity in my mind,” Friday said.

But the broader issue, Friday said, involved the powers of local governments – such as counties and cities – to violate gun rights through control ordinances that in effect in one part of the state but not another, putting gun owners at risk of arrest depending on the jurisdiction.

It’s a gun rights battle being fought in other states – where officials in places like libraries and bus companies try to make petty authority grounds for violating constitutional rights.

A well regulated militia being necessary to the security of a free state, the right of the people to keep and bear arms shall not be infringed.

If Alexandria Lainez was getting into her car after dark and was attacked, how long would it take campus security to arrive?

And if they did arrive, by what legal statutes do they have to act in Lainez’s defense?

If the perpetrator of a crime was armed, and campus security chose not to get involved, there would be no one there to save her. This has been upheld by the courts. A police officer, and by extension a private security employee, is not required to get involved if they feel their life is in danger.

Thus, as any responsible individual and parent should do, Ms. Lainez has taken it upon herself to protect her and her child’s life by arming herself.

She is not going to go out and murder a schoolroom full of children, or theater goers, or anyone else. She is intent on defending herself if the situation calls for it.

And according to the Second Amendment of the Constitution of the United States, the law of the land says she has every right to do so.