SELCO: “The media manipulated people, bombarding us with fear and hate” during the Balkan Wars. Sound familiar? 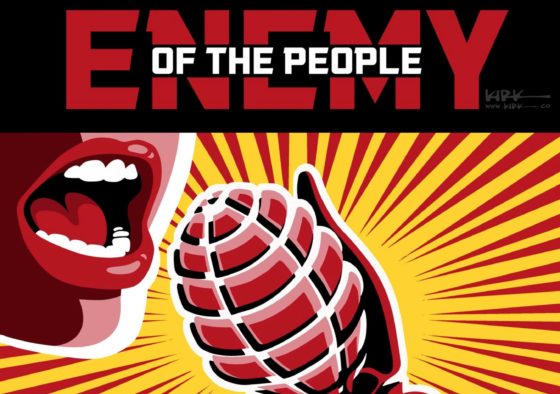 Editor’s note: A point I’ve been harping on a lot lately is how we in the United States have been divided by politics and the media lately. Many have become callous and lost their humanity. People have begged for laws and rulings against others but don’t like those laws and rulings when it later applies to them. It will ring familiar when you read this article as Selco shares how the media manipulated the population of the Balkans fanning the flames of hatred and fear. To paraphrase, if we don’t learn from history, we’ll repeat the mistakes, again and again. Don’t let yourself be manipulated by half-truths and hate-mongering propaganda. ~ Daisy

Media is a very powerful and useful tool and we as preppers lean on it in making our opinions and decisions.

Many survival strategies, bug-out routes, survival storages and whatnot are built on what we figured out based on information that media gave us.

I belong to a generation that once believed, “if it was not on TV it did not happen.” Today there are many more choices, but in essence, it comes down to the fact that if it is nicely packaged and repeated for enough number of times, most of the folks are gonna believe it.

There are many more choices, sources, and opinions for how we get information and from what media – but still, not too many things have changed. We are still very easy to manipulate with through the media.

We begin to hoard information wanting to know more, but what we get is a lot of junk, with occasional pieces of gold. Also, often information is planted there in order to “move public opinion” in the direction that someone powerful wants. It is pure propaganda.

How the media worked right before SHTF

As I said, in my time (weeks/months prior SHTF) the situation was a bit different, because of the number of media outlets available, but a lot of things can be pointed out that look similar to what we see today.

The ways how people get manipulated through the media/information probably never changed for ages, it simply got more sophisticated, and we people get more “plugged in” or simply more dependent on it.

Now when I look back, it is very easy to see that we were fooled by most of the media and pushed in actions that were not smart, but in that time it was invisible to us. The media manipulated people, bombarding us with fear and hate.

It is hard now, to sum up how all that looks, how media did the job, but some points can be described.

They heated up the situation.

We were bombarded carefully with loads of information about changes that were coming to us.

After that, we were “fed” through the media that there were great differences between us, and that the differences were actually so big that they might be a problem for our future life in this region.

In reality, you can point out huge differences between any groups of people, or political options anywhere in the world and still, that does not mean it needs to end up in blood. But we were led to believe that blood was the only option for solving differences.

They increased the fear.

The next stage – and it was presented in a way that was so intimidatingly logical – was fear.

Fear of others, fear of differences, fear of those who wanted different things from us.

Media can put great amounts of fear in you, by careful and very subtle hints. Sometimes, you do not even realize you are in the middle of that process (of intimidation) since one day you woke up and felt afraid

Fear is a very powerful motivator, and under the influence of fear, you can be compelled to do a lot of things.

We all know that fear can also save your life, so it is not always a bad thing. But I am talking about the fear that the system may install in you over a period of time, in order to manipulate you.

Every system in the world plays with that, more or less.

It can come in many forms. In my case, it was about fear of those who were different than me. In your case, it could be the fear of losing some rights, or similar.

They increased the hate.

Hate often comes with fear. And it comes again often as a solution to fear.

Just before S hit the fan in my case, the buildup of hate was so dense that you could feel it in the air.

And once real hate is there (mixed with fear) you can be manipulated in such wild things that you could not have believed possible.

Hate also can be good motivation, but only in very small doses, because it “spends” you very fast. What is really more important here is the fact that general hatred clouds your judgment.

Having clouded judgment is totally against any mindset of being a prepper.

Whenever you find yourself in a situation when you feel that you generally hate groups of people, options, or states, stop for a moment and go through serious mental check: Are you being manipulated by someone and what are the reasons for that?

As the violence and fear progressed, it was easier to be even more manipulated by the media.

You have to use common sense.

I am not saying that you should trust no one and sit at home with tin foil hat, but be careful what you trust when it comes to media.

Use common sense and try to build your own network. Find groups of people who share your view of life.

Big media players have their own agenda usually, and that is the reason why they are big. They know their job very good.

Part of the solution is fact that today, we have huge choices when it comes to information. The internet offers every man the opportunity to look at and offer opinions. Of course, that also can be part of the problem because often there is too much information.

Look for a person, not a system.

I think I was something like 11 years old when we had school event in the name of one of the big battles of WWII.

There were flags, an orchestra, speeches from local communists, and we kids with small flags.

The speeches were about the noble fight, heroic acts, love to the motherland, patriotism…

Together with politicians, on the stage was standing an old guy, a survivor of the battle, a man who held highest military decoration of the WWII. He was a hero of the people.

After some time, a politician said, “Now we are gonna ask our hero of the people to tell us few words about that heroic  battle.”

The old guy took the microphone and said, “Well, son, it was a complete and absolute shitstorm”

In that moment politician took the mic and gently pulled the guy away, saying into the microphone, “We are sorry, our hero needs some rest…”

We were absolutely stunned by the old guy words. He was supposed to speak about sacrifices, the bright future of our country, how we all need to be communists, higher causes, etc.

But in fact, the old hero simply went out on stage and spoke the real, cold truth. It was bloody hell, and for him, in that moment, fancy words were not important.

I think he was too big a legend to worry about what he was saying.

Also, I think that event was the start of my doubts in any system. It was a really small start, but it was reinforced in years that came later.

The point of this story is not about war heroes or communist societies or the fact that the US is different from my region.

The point of the story is to look for real people always and to form your own circles in aquiring information. Don’t just listen to big media.

The real truth about how the fight was you could hear from that war hero, not from politicians and media.

For many years I did not watch TV or listen to the radio. I choose my points of information the on the internet, and still, I do find myself sometimes forming opinions based on some ridiculous information. It is in human nature to act like that sometimes.

But be warned. It becomes dangerous when you start to act based on completely wrong information, or to form your whole survival setup on it.