Selco on Immigrants: Stop Arguing About It and Prepare for It 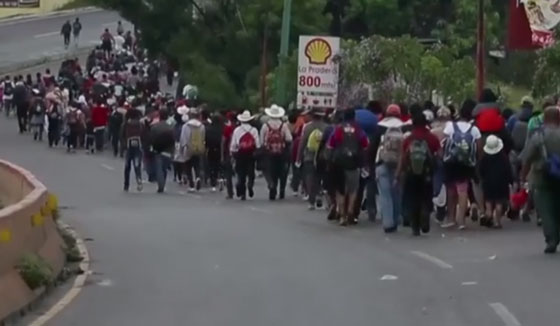 Note from Daisy: When I recently wrote an article called “Some Unpopular Opinions About the Migrant Caravan,” a few readers suggested I ask Jose and Selco their feelings about the whole thing. Here is Selco’s opinion and Jose’s is coming soon. Selco is a survivor of the Balkan war in Bosnia, and his opinions are based on his own experiences.

Talking about immigrants or refugees is close to me because here in Bosnia and Herzegovina we have cities that in last 2 months got into the situation where illegal immigrants have become 1/3 of the population.

In 2 months time only.

And yes we, too, have endless discussions about what to do with them, to deport them, to accept them, to like them or to hate them.

In the meantime, their numbers grow. They are becoming a problem for an already poor society.

The US is having problems with immigrants, too.

There is something similar happening in the US these days, and there are furious debates in survival forums, Facebook groups, and elsewhere about whether you are “pro or con” immigrants. And it gets so heated that I think if it was happening in a real-life place, like on the street or in a coffee place, people would literally fight over the topic.

Let me ask you a question: when a tornado, hurricane, or flood is coming, do you discuss is that bad or right or do you just prepare for it?

Do you lose your nerves and time by hating the storm or you buy candles, extra food or whatever?

So does arguing about the topic “who likes or who hates immigrants” or “should we help them or not” make you more prepared in any way?

Or do you think that your opinion will change anything when it comes to the fact “are immigrant coming or not”?

I am sorry, but in events like this, your opinion (nor mine) does not matter at all.

But still, we push so many people about seeing their opinion and conforming our opinion to theirs like that is gonna change things.

Those kinds of events usually happened way above our “circle” of influence and no matter what we do those events will happen on a way that somebody much more powerful planned.

We are nothing in those decisions. Sorry.

My opinion about these events (here and there)?

People who do not want to contribute in my land, adopt the way of living that we live in my country, play by rules of my country should not be here. That’s it.

They should be returned to the place where they come from and push their life philosophy there, not in my backyard.

Am I going to help a kid who is hungry among those immigrants? Yes, if possible I will. I will give him food, or a blanket or clothes…

Are they playing on my feelings, or playing me like a violin?

Am I going to hate all the people who want to go there (or here) including those who want to become part of this society, to work, to contribute?

No of course not. There are ways for becoming a member of new society, adapting, integrating, “investing yourself in it.”

The main takeaway here (here and there) is that we are getting divided over events that are being played on much higher levels.

Do you really think it is impossible to stop the immigrants from crossing the border? Of course, it is doable. It is doable even here in almost destroyed societies. You just implement laws and that’s it, Borders are here for reason. If a country cannot control its own border what’s the point then?

You follow laws and policies, set a few examples, and that’s it.

Folks, this thing is probably outside our circle of influence, it is a sad thing to hear but it is probably the truth.

Unless you can lead 500,000 people on the street making demands for something you do not have influence.

Prepare for immigrants in realistic ways.

I see people waiting for waves of immigrants and preparing for them but their prep is to argue with people on FB are they pro or con.

It is better maybe to set up a system where you can really quickly reinforce your door and windows, with a fast way to install plywood board maybe, or steel bars and similar.

If these “hordes” of immigrants show up at your door one day, do you think they will appreciate your opinion about “pro or con immigrants”?

They will appreciate your will on how you deal with them in one or another way, good or bad.

The immigrants aren’t the worst part of what is happening.

What is even worse here, I can see such bad division and polarisation, that I believe people will have rioting most probably and fights between people who are “pro” and people who are “con” immigrants.

It gets so heated.

Immigrants might not even show up or be a problem, but because this you might end up fighting (real fighting – not arguing on the internet) because you got so divided over topics like immigrants between left and right, wrong or right, light and dark, or whatever.

The real question here is does somebody actually want to divide people so much that anything is possible?

To divide people over topics like immigrants so much that you actually hate your neighbor hard and he hates you? So there are factions and militias and parties and at the end something like war?

As I mentioned before, as I grow more old I tend to believe that some things do not happen without reason, or chaotically, or randomly.

Very often we are puppets in somebody powerful hands, and our reactions, and us being mesmerized with things are often used to “sneak” something in.

Everything is possible, but please, do not get yourself to involved in general hate. Deal with possible consequences, try to be more prepared for things that might show up from events like this.

And I hate to say but again, immigrants problem can be solved easy more or less if there is a will for that. But if in your own society divisions between your own people (or fellow citizens) gets so bad that you actually hate people, or groups of people (political factions, views, or similar) so bad that you are blinded then very bad things are possible.

I have been there. My neighbors became my enemies without any real and logical reason.