SELCO: No List of Supplies to Hoard Can Prepare You for the Fluidity of the Situation When the SHTF 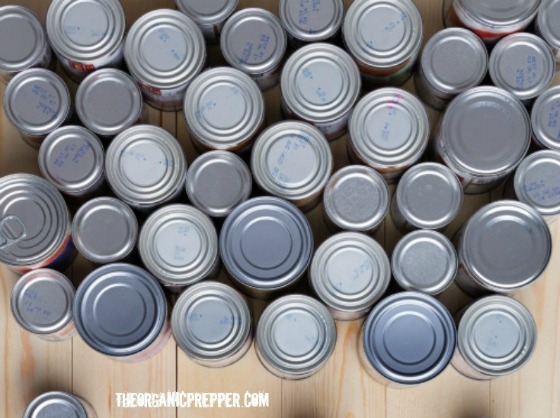 Sometimes, real survival/prepping can be nicely organized and presented in a form of lists and tasks that you check off on your way of prepping. But no list of supplies to hoard can prepare you for the fluidity of the situation when the SHTF actually happens.

You can easily get done some preps in terms of what stuff you need and how much of it, what is really important and what not. A lot of that knowledge is available online and some people did a very good job putting that information together.

For example, you can find info what kind water filter is best for the time when clean water is not available, you can find reviews of that filter online, you can buy the item, and you are prepared.

Same with weapons, ammo, clothes…or whatever.

Same with the amount of the things that you need, there are simple tools for calculating how much of what items you need for how much persons for how long.

Information is available, you just need to research it and buy it.

But prepping in its essence should not be the simple hoarding of items. It should not be because it might easily lead you into paranoia, and another important reason is that most of us do not have means to store everything that we might need for a longer period of time.

You have to expect the fluidity of the situation

Very often you can miss the whole point if you do not count on something that I call “the fluidity of the situation”.

SHTF has at its core that “fluidity of the situation” and it can crush all your preparing or at least shock you if you do not count on it in your preps.

That fluidity means that the situation and value and importance of all your preps, solutions and plans might change all the time, and many times during the SHTF.

It sounds bit vague but it is actually simple, and it is best to describe it is with real-life examples, particularly the example of food.

The value and importance of food changed based on a few subjects: personal needs, regional circumstances, psychological needs.

It is very simple – do not store food that you do not like to eat.

You might think” oh but I might use it for trade” but there is not too much sense in that, because you might get into a situation that you’ll have to eat it.

Chances are high that eventually if the situation is really prolonged you’ll end up eating stuff that you do not like. It does not have to be food that you actually bought and stored.

Check your needs, allergies, medical conditions, and what kind of food makes sense for you or members of your family.

Depending on your surroundings, it makes sense to store some foods more than others.

It may be different in different parts of the worlds, but look around you and check what food will be available more than others once when SHTF.

Are you living in an urban area or in rural settings? Do you live close to some major food sources of any kind?

I’ll use a personal example here for a very usual item – salt.

In my case during the whole period of SHTF, salt was available more or less all the time. You could go out and find salt through the process of trade and it was not expensive.

In that same period of time, in a region maybe 300 km away, salt was so rare that some people had medical problems because of the lack of it. In that region, people would take very dangerous trips through the enemy teritory over the mountains just to get some salt from another city.

Now I am not even sure why it was like that, probably the level of salt in some warehouses was much higher in my case when SHTF, or something else. I do not know.

But it is important to understand how different it was from region to region.

So it makes sense to figure that salt will be available easily if you live close to the sea for example. In that case, you do not need to have a huge stockpile of salt. You need other things.

The psychological need for food items is a bit weird and hard to explain, and of course, it might be different for each one of us, but I’ll use examples again.

Once during the war and hunger, I stumbled upon a lot of small packages of sweet cocoa-milk cream spreads in some abandoned house.

I cannot properly explain here what that meant for me. I ate that until I got sick and it was not about being hungry. It was about having something that reminded me of peacetime and normal life, maybe even childhood. Who knows?

I ate that spread. I was dirty, hungry, scared… there was carnage around me and the city was burning in hundreds of fires, but I think I felt like I was normal again and everything else was normal around me just for that moment.

I knew a man who was crawling for an hour slowly, over the open area with few burned cars as a cover, over the area where snipers killed many folks, he was literally crawling over the dead bodies only to check if there maybe any lollipops in the small burned shop remains.

He was a big tough guy, and all that did not make sense maybe, but at the same time it made perfect sense.

He psychologically needed lollipops. Probably it reminded him of normalcy or school, or his mother maybe… who knows.

Anyway, the point is to know what items work for you and to store them. And of course, you can go one step further and check what items comfort people around you in hard times and have that too, for trade.

I used food items above only as examples. Your other preps should follow similar steps and philosophy.

Another example that I always mention is the example of a simple cheap lighter.

It was really interesting how valuable that cheap lighter became when after a couple of months, people needed it very hard badly for fire starting and there were no stores to buy it.

Not to mention that it was a great item for store and trade since it is cheap to get today and easy to carry when SHTF.

Items that you store may have other value when the SHTF simply because again, you can’t predict the fluidity of the situation. No list of things to hoard can predict that.