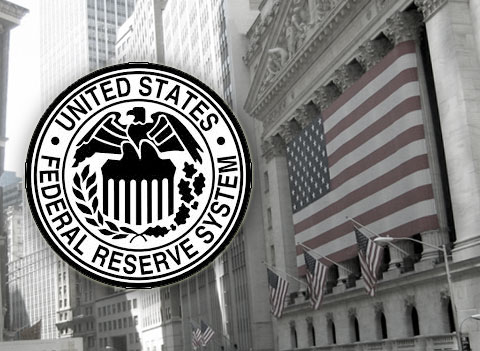 A secret agreement that was enacted five years ago at the Federal Reserve has just come to light. Known as the ‘Triangle Document,’ it purports to take away regulatory power from the New York Fed branch – long known as the most important outpost for the private quasi-government institution – and put it in the hands of the Fed’s Board of Governors in Washington, D.C.

Until 2010, when the document was produced, the big banks essentially enjoyed self-regulation, with significant power over the board.

Class A and Class B NY Fed board members are elected directly by member banks, with Class C members in turn elected by the board (not much different, really). JPMorgan Chase CEO Jamie Dimon – intricately involved in the post-2008 bailout controversy –  was the Class A director for the New York Fed board for six years until his term expired in 2013.

For Big Banks and the Federal Reserve, it was a sweetheart fox-guarding-the-henhouse arrangement that the public was never meant to fully understand.

The Federal Reserve Bank of New York, once the most feared banking regulator on Wall Street, has lost power in a behind-the-scenes reorganization at the nation’s central bank.

The Fed’s center of regulatory authority is now a little-known committee run by Fed governor Daniel Tarullo , which is calling the shots in oversight of banking titans such as Goldman Sachs Group Inc. and Citigroup Inc.

The new structure was enshrined in a previously undisclosed paper written in 2010 known as the Triangle Document. Under the new system, Washington is at the center of bank supervision, exercising control over the Fed’s 12 reserve banks, much as the State Department exerts control over embassies….

The lengthy WSJ article details a rather dramatic power struggle between Wall Street’s top banking interests and Washington bureaucrats for control over the institution that has taken control of the world.

During discussions the same year over what became the Triangle Document, New York Fed bank examiners, led by supervisor William Rutledge, fought for more representation on committees but lost, according to people who took part. Mr. Rutledge, now at Promontory Financial Group, which advises firms on dealing with regulators, said he supported the reorganization…

Nine of the Federal Reserve Board’s members are on the 16-person committee; the New York Fed has three representatives, and they answer to Washington. Mr. Dudley isn’t on it.

“This reserve bank doesn’t breathe any more without asking Washington if it can inhale or exhale,” said one person prominent in the banking community.

The move, in theory, is one towards greater accountability towards the public, as the Fed’s Board of Governors in Washington are federal employees and subject to FOIA requests and greater scrutiny.

However, those gains are negated by the fact that the public didn’t even find out about this reorganization – set in 2010 – until five years later.

Nevertheless, the Triangle document reorients power Washington, likely a good thing for those who’ve been considered about the power granted the New York Fed, who have long established cozy ties with Wall Street.

This is partially a result of the Dodd-Frank Act and the creation of the Financial Stability Oversight Council.

This is a major win for Fed governor Dan Tarullo, who has emerged as one of the toughest critics of big financial firms at the Fed in the wake of the crisis. It is also a loss for the banks, since the New York Fed is widely recognized as close to Wall Street. Moreover, the Board of Governors is more accountable to citizens (its governors are Federal employees, the Board of Governors is subject to FOIA,

And while there is some good news in moving the power center directly away from Wall Street, it is obviously enough that Washington, D.C. hasn’t been much better for the interests of the people.

All in all, the significance of this move may be overstated – as it is now being made public – at a time when the Federal Reserve is trying to appear more accountable and transparent to the public, while also maintaining the appearance that life could not go on without its significant interventions.

Thus while this is generally a step in the right direction, the open question is whether these steps are adequate. As one can see from its monetary policy, which has worked out swell for the top 1%, the central bank is far too tied into orthodox, meaning elite, views of what its priorities should be. The Fed, for instance, appears to have no concern about the fact that the economy is overfinancialized and reducing the size and profitability of that sector should be a high priority. However, that point of view is anathema to the Board of Governors’ general counsel Scott Alvarez, who is unapologetic about how the deregulation over which he presided produced the financial crisis and continues to exercise outsized influence over regulatory policy.

As we’ve regularly argued, large banks get so much support from the state that they cannot properly be considered to be private entities. They now represent the worst form of socialism for the rich. They should be regulated like utilities. Having utility-like profits and pay would mean that real economy rather than casino economy jobs would look more attractive to ambitious, highly-educated candidates.

Thus the Board of Governors move, while salutary, is likely to turn out to be what the Japanese call “a height competition among peanuts,” where the changes look significant to insiders but are recognized as trivial to more objective observers.

Too little, too late is definitely a fair criticism. Will these regulatory changes amount to any significant reform?