SHTFplan Editor’s Note: There are numerous scenarios that we can discuss in the context of civilization ending events. These include exo-planetary events like asteroid collisions and X-class solar flares, as well as earth bound threats like nuclear war and viral contagion (naturally occurring or weaponized). They are outliers to be sure, but history proves that they can (and will) happen. And when they do, all hell breaks loose. The possibility of an out of control viral contagion spreading to all corners of the earth and wiping out large population centers is becoming more and more probable.

There are various viruses out there that we know  will kill millions of we don’t keep them locked away in Bio Safety Level 4 containment labs. Then there are those that are seemingly benign… until they mutate.

That’s what’s happening with the H7N9 virus, first identified in China earlier this year. We warned our readers several months ago that there was a serious potential for human to human transmission after the virus reportedly went airborne. Though those reports came directly from Chinese researchers, not many people considered the threat significant, perhaps because the assessment originated in non-western medical facilities.

Now, western researchers at The British Medical Journal have provided confirmation of this, and scientists are warning that the spread of the virus could continue.

For all we know it has already made its way to North America. Keep an eye on this one and be aware of potential flu outbreaks in your city or region.

By the time government emergency agencies issue alerts it’ll be too late to contain, so have a pandemic preparedness plan in place and be ready to activate it if you suspect something has gone terribly wrong.

Via: The Daily Sheeple 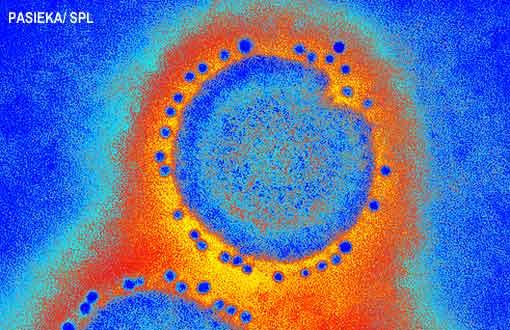 The British Medical Journal is reporting today that a 32 year old woman became infected with H7N9, caught while caring for her father. Both have since died. This is the first confirmed case of human to human transmission of the disease.

Prior to this case,there was no evidence to confirm contact spread, and it was thought to be caught only from contact with diseased birds. So far there have been 133 cases of H7N9 and 43 deaths, all of them in Eastern China.

Tests have shown that the strain of virus taken from the father and daughter were genetically almost identical, and the family has confirmed that the woman had no contact with poultry at all in the six weeks before she fell ill.

Dr James Rudge, of the London School of Hygiene and Tropical Medicine, said that limited transmission between humans is not surprising and has been seen before in other bird flu viruses, such as H5N1.

“Our findings reinforce that the novel virus possesses the potential for pandemic spread,”

He added: “It would be a worry if we start to see longer chains of transmission between people, when one person infects someone else, who in turn infects more people, and so on.

And particularly if each infected case goes on to infect, on average, more than one other person, this would be a strong warning sign that we might be in the early stages of an epidemic.” (source)

So far the virus has not appeared outside of China but the odds are it will. Much of eastern China is given over to agriculture and smallholder farming. Many of the residents do not travel further than the markets and the surrounding villages.

Viruses constantly mutate and this virus is no different. It’s prime objective is survival and that is why they mutate so readily, to ensure their survival. According to the British Medical Journal report the H7N9 virus can be in the body several days before symptoms show up. Even then someone with the virus will not realize how sick they are for a couple of days, often longer.

It’s this that gives rise to the pandemic potential of the virus. Once it makes it to a major metropolitan area, where commerce and business call for national and  for international travel the chances of it ‘escaping’ China rise dramatically.

Chris Carrington is a writer, researcher and lecturer with a background in science, technology and environmental studies. Wake the flock up!