The Markets Are Out of Adrenaline!

UNTIL the fear of a TERRIBLE 2nd wave dissipates, we expect the market to trade in a range. We don’t anticipate a breakout, but we don’t really envision FALLOUT either.

As it stands, the market consensus reflects the following:

Most expect re-opening to be quite successful, and that by 2021, this whole pandemic will be in the REARVIEW MIRROR.

If like me, you think that Covid-19 and its IMPACT on the economy will last longer than just a few months, then today’s S&P 500 price isn’t a bargain or a buying opportunity.

Personally, I’m much more interested in our WATCH LIST, since I can cherry-pick the companies that are priced for perfection from the ones that aren’t anymore. Out of 27 featured stocks, only ONE is below its limit order at this time, so you can see why I think that stocks are TOO EXPENSIVE after this recent rally. 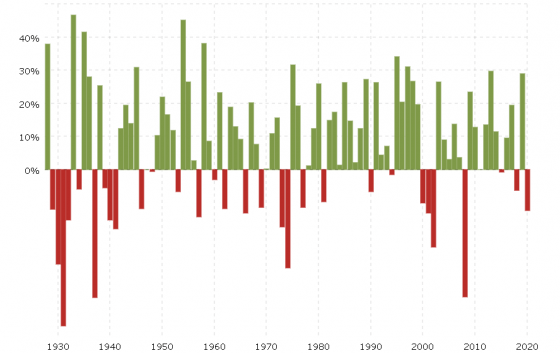 With market pricing, remember the FOLLOWING ANOMALOUS NORMALCY: while the average annual return is around 7.5%, only 4% of the time does the index close a calendar year anywhere near that number; you can VISIBLY see that in the chart above.

In general, markets either overshoot or undershoot. This is the reason that the best investors REVERSE the valuation process. They first calculate how much a business is worth to them and then look at how the market is pricing it.

They re-opened and realized that with their ELDERLY DEMOGRAPHICS, if they go the route of NATURAL HERD IMMUNITY, they will SUFFER FROM hundreds of thousands of potential death cases before most people develop the antibody.

Western governments are just NOT WILLING to pay this price. On top of that, many sectors could face PERMANENT changes, some good for business and others EXTREMELY DAMAGING.

Everyone knows that the U.S. and China are EXCHANGING BLOWS at each other under the table every single second, but most thought that doing it out in the open HAD ENDED.

A geopolitical feud isn’t priced in.

MORE THAN EVER BEFORE, the world is now scared shitless about the future. 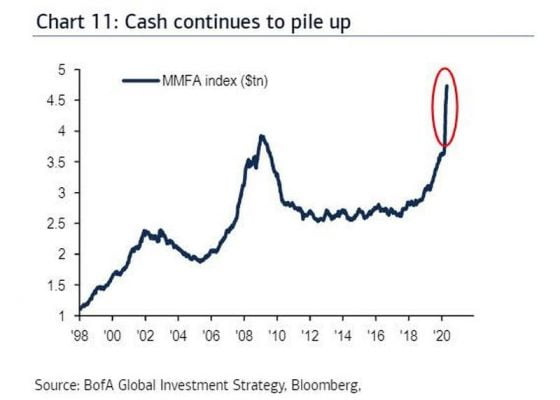 Our ILLUSIONARY MONETARY practices are based on the premise that central bank policies do NO HARM, or rather that they do no short-term ones, but do act in an unsustainable manner in the big picture. This a baseless theory, which only works because there’s no political will to CHANGE IT.

The fiat monetary system has allowed all governments to over-extend, but has especially allowed Washington to do whatever it wants.

By the levels of cash that are just PILING UP, what you can see is that most investors are just FEARFUL of PERMANENT LOSS of capital.

Their risk tolerance is down to nothing. They want to PRESERVE, not grow their net worth.

Consider that the average person who owns equities is getting older. He’s been through the Dot.Com bubble, the 2008 recession, the 2018 U-turn, and now the 2020 pandemic. Can you blame him for wanting some PEACE AND QUIET?

The point is that big money is SELLING INTO STRENGTH.

There’s a great reshuffling and that’s the reason America’s WEALTHIEST three individuals own as much as the bottom 160 million people, COMBINED!

We’re approaching a fork in the road and the political pressures of socialism will continue to UNDERSCORE the system.