Russia Is Now An Agricultural Superpower: US Wheat Can No Longer Compete 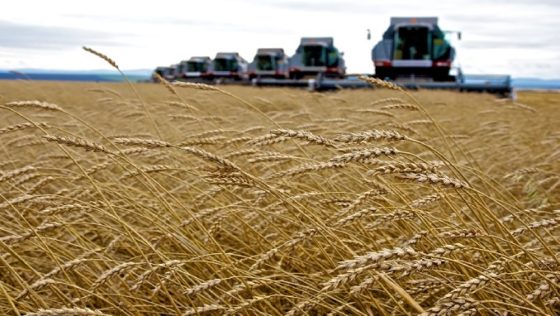 Wheat grown in the United States can no longer compete with the wheat coming out of Russia.  The US Wheat Associates (USW) announced the closing of its Moscow office on October 1 due to lack of demand for American wheat in Russia, a new agricultural superpower.

According to RT, USW opened its Moscow office in 1992 for “closer cooperation with the Russian government and representatives of the country’s agrarian sector.” The organization said in a report that “over the next ten years, Russia imported a total of about 400,000 metric tons of wheat from the United States, including through a program of assistance in conditions of poor harvest and economic difficulties in Russia in 1998-1999.”

“With much more public information available about Russia’s wheat supply, we believe it is time to end our mission there and continue allocating more resources in markets where our export volume is growing,” said USW Vice President of Overseas Operations Mark Fowler. According to Fowler, “Russian wheat is obviously very competitive in certain markets, but it is important to point out that our marketing and technical teams based in Rotterdam, The Netherlands, and Casablanca, Morocco, will continue competing for export business in the Middle East and North Africa.”

This appears to be a signal to the global economy that Russia is now rapidly becoming an agricultural superpower. In fact, the USW noted that the organization has had to switch to quality monitoring and price policy in the industry. “The Russian Federation has shifted from being a net importer of wheat to become the largest single wheat exporting country in the world,” said USW.  Russia has been able to successfully capture more than half of the wheat market in recent years, becoming the world’s biggest exporter of grain, thanks in large part to bumper (unusually productive) harvests and attractive pricing.

Overall, agricultural production in Russia is projected to grow three percent this year.  That is up from last year’s 120.7 million tons. That would be the best-ever harvest for Russia, even when including the Soviet era, paving the way to becoming an agricultural superpower.

According to the director of the SovEcon analytical center, Andrey Sizov, Russia’s agricultural export market is actively expanding. It supplies grain to Algeria, Jordan, Egypt, Lebanon, Turkey, and Iran. Additionally, Saudi Arabia has announced plans to become a major hub for Russian agricultural products in the Middle East.