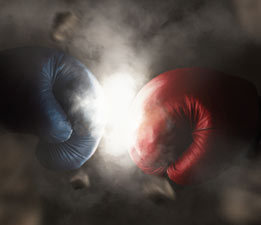 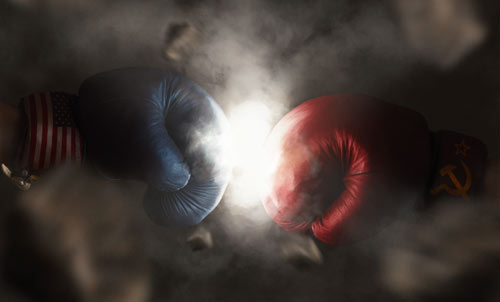 Readers, I wish to begin this article by explaining that although many pieces have been written concerning Russia’s military actions, I do not believe for one moment that they are impromptu and without justifications.  The preference regarding Russia was to emphasize in previous articles that they are a capable and professional nation from a military perspective.  The fact of the matter is that they have been continually provoked and hemmed in for several decades, now.  The U.S. and its cabal are responsible for the corralling of a nation that actually intended to enter NATO.

Gorbachev agreed to the reunification of Germany (West and East) and the dissolution of the Soviet Union with the preconditioned term that it (Russia) would be able to enter NATO as a full-fledged member of the European Community.  The actions were taken: Germany reunified (the Berlin Wall fell in Nov. 1989) in 1990, and the Soviet Union “dissolved” in 1992.  Those actions were then repaid with treachery: George H.W. Bush (Bush Senior) had no intention of ever allowing the Russians to join NATO or become a U.S. ally for that matter.

But what did happen was the U.S. business interests, on the heels of détente and glasnost managed to insert oligarch-led businesses and American capital to try and turn Russia into another post WWII Japan.  All of the American businesses, fueled by the North American Free Trade Agreement fervor and free trade with China (initiated by Bush Sr., and signed off on by Clinton) ran for the Russian cash cow.  Plans were in the works to milk Russian resources and turn it into another IMF and Federal Reserve dominated vassal state.

The plan backfired, for several reasons.  Firstly, the influx of American technology was quickly implemented and/or duplicated within Russia regarding industrial procedures and the gathering of natural resources.  Next, the SSR’s or “Satellite Nations” of the former Soviet Union had been relinquished and these nations were now not only “free” of Russia, but Russia was free of them.  Russian scaled back, and over the first decade concentrated on growth of a Russian nation rather than a Soviet one.  The smaller scale enabled them to trim excess spending and definitively develop their own base of natural resources and industry, while maintaining ties with the former SSR’s that kept trade from dying off completely.

Vladimir Putin rose to prominence and the Russian people found a new identity for themselves based on national zeal and pride.  Much of the basic infrastructure is still modeled after (or even maintains itself in the manner of) the former Soviet Union, but with a free market-based economy that is no longer shut off from international trade.  Many people today do not realize that the attempt to undercut Russia and monopolize its resources had been done years before.  The Rockefellers managed to build a $50 million aluminum plant in Russia in the 1960’s during the Vietnam War.  Not only did the U.S. government permit this, but also much of that plant produced goods that the USSR used for war materials that actually shifted right into the hands of Vietnam.  The Rockefellers “slipped under the cracks,” and were not brought up on criminal charges.

With Russia growing and prospering, the U.S. has been countering with military supplies and equipment.  The U.S. and NATO have been keeping the Cold War alive to support the military-industrial complex as well as boost the IMF presence and control in and of Europe.  We are now seeing true reemergence of a Cold War stance between NATO and Russia.  This was not started by Russia; however, Russia may very well finish it, as they don’t take any of these insidious IMF actions and nefarious NATO movements lightly.

On Monday, April 25th, Obama held a summit with the leaders of Germany, Italy, France, and Britain to discuss establishing a NATO force to be able to fight against Russian military forces.  This amounts to nothing more than an encirclement and potential invasion into Russia by NATO.  It violates the treaties and agreements drawn up that were mentioned before with Gorbachev that promised not to allow NATO to expand at all in Europe and encroach on Russia.

We have witnessed the coup d’etat of Viktor Yanukovych and the insertion of Arseny Yatsenyuk in Ukraine in February of 2014.  Russia did not sit this one out.  The coup and the subsequent actions of NATO and the IMF showed Russia that the U.S. and NATO were adding another vassal state to the ones already encroaching upon her borders.  Russia was actually labeled in the Ukrainian draft provisions as both an “aggressor” and an “enemy,” just prior to Russia’s action with regard to Crimea and Sevastopol.  There was no way that Russia was going to allow its Black Sea Fleet to be penned up, and their naval base (the only one with access to the Med) to be seized, and they acted, vigorously and decisively.

The U.S. has boosted up its troop presence in Europe throughout the Baltic States of Latvia, Lithuania, Estonia, Poland, and Moldova.  The U.S. has also emplaced Anti-Ballistic Missile (ABM) batteries throughout those nations to deter and disable incoming missiles from Russia.  The U.S. now has 200 new “advisors” as of this writing deployed to Western Syria.  Seems the U.S. and NATO are not scrapping those plans for a gas pipeline from Qatar through Syria to undercut Gazprom after all.

To summarize, Russia has been very well justified in taking action and shifting its military personnel throughout the theater.  If anything they have exercised remarkable restraint…more than many nations would in its situation.  Naturally they have to defend their interests, and these latest maneuvers and troop positionings by the U.S. and its allies are threatening those interests.  As I have written before, it is the U.S. that will cause or initiate a war with Russia, because the colonizing power is with – and has been with – the United States for decades, now.  Russia is no shrinking violet, and this time we’re going to receive at least as well as we give.