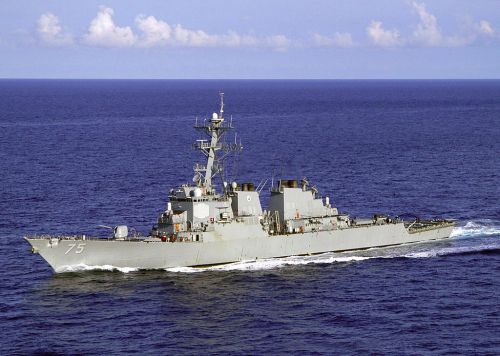 There is an old saying in war. “No battle plan ever survives contact with the enemy.” As China, Russia, and the United States beat the war drums and boast about the capabilities of their armies, they should take that saying very seriously. These geopolitical juggernauts may think that they have an ace in the hole for their militaries, but there’s no telling who would win in a war until the shooting starts.

In America’s case, our government puts a lot of faith in its expensive high-tech military. However, for decades countries like Russia and China have been developing cheap countermeasures to our best war machines, and they may be more effective than our politicians and generals would like to admit.

Or at least, that’s the takeaway from a Russian propaganda video that was released by Vesti, a media mouthpiece for the Kremlin. They claim that the Russian military has electronic warfare systems that can severely hinder the US Navy’s assets, including ships, planes and missiles.

The report claims that Russia has had a major breakthrough with this technology, which was demonstrated in an incident that occurred in the Black Sea in 2014. After Russia annexed Crimea the US deployed the USS Donald Cook to the area, and on April 12th, an unarmed Russian Su-24 fighter jet made a dozen very close range flyovers of the ship. Allegedly, the fighter jet was equipped with an electronic jamming device that disabled the ship’s AEGIS missile defense system. Though we know that the jet flew over the ship 12 times in a very provocative manner, the US government has never confirmed that the USS Donald Cook endured an electronic attack.

The report quoted a social media post from an unnamed sailor who was on the ship, which to be honest, sounded awfully fake, and doesn’t translate in a convincing way to English speakers.

“We watched the Russian on our locator until he reached the kill zone, to then ‘shoot him down.’ But when he entered the damned zone, mysticism began. Our locators were the first to go out, and then the whole Aegis went out. The pride of our fleet became our shame!”

The report also claims that Russia has electronic jamming equipment that can conceal their bases from radar, as well as devices that can jam signals to radio controlled landmines

Again, this is a work of propaganda, and shouldn’t be viewed without applying some critical thinking and research. However, to what degree that it is a work of fiction, is not clear. We don’t really know what the Russian military is capable of. Hopefully we’ll never find out.