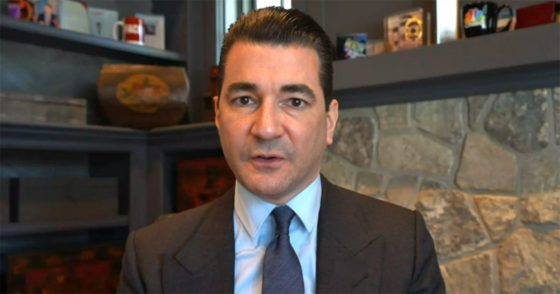 The ruling class political parasites are now telling us that “very dense outbreaks” of the “delta variant” are to be expected. “It’s going to be hyper-regionalized, where there are certain pockets of the country [where] we can have very dense outbreaks,” Dr. Scott Gottlieb said Sunday on CBS News’ “Face the Nation.”

And where would those “hyper-regionalized” outbreaks be taking place? Where people have refused to be injected with the experimental gene therapy shot, of course:

The most vulnerable areas continue to be those with low vaccination rates and low rates of immunity from prior infections. According to the Centers for Disease Control and Prevention, many southern states have vaccination rates that lag behind the national average.

“I think as you look across the United States, if you’re a community that has low vaccination rates and you also think that there was low immunity from prior infection, so the virus really hasn’t coursed through the local population, those communities are vulnerable,” Gottlieb said. “So, I think governors need to be thinking about how they build out health care resources in areas of the country where you still have a lot of vulnerability.”

The ruling class is doing their part to keep the fear alive as well, even in red states:

Governor Asa Hutchinson of Arkansas, a state where hospital admissions are up 30%, expressed concern about the Delta COVID-19 variant and low vaccination rates in his state.

“The Delta variant is a great concern to us. We see that impacting our increasing cases and hospitalizations,” Hutchinson said on “Face the Nation.” The governor also noted that vaccine hesitancy is high in his state, which he attributed to conspiracy theories, the pause in Johnson & Johnson’s one-shot regimen in April, and individuals simply not believing in the efficacy of the virus. –CBS News

Let’s help out the governor. It isn’t “conspiracy theory” or the pause in the J&J jab that is making some refuse the “vaccine.” It’s the fact that most people understand that this is a gigantic hoax and was never a pandemic, and even if it was, we know we don’t need a vaccine for a disease with a 99.96% survival rate (even by your own inflated and probably erroneous statistics.)

Break free from the left vs. right paradigm lie.  It’s just that, a lie to keep us divided and manufacture consent to your preferred ruler. No politician has our best interests in mind.

The ruling class and propaganda outlets in the United Kingdom claim that the Delta variant now accounts for 99% of new COVID cases. They are using data from Public Health England. Gottlieb says the United States is only a month or two behind the U.K. in terms of their experience with the variant.

“They’re seeing cases grow. They’re certainly not taking off with the same velocity that we’ve seen in past epidemics. The other thing that we’re observing about the U.K. experience right now is it’s not having the same impact. So they’ve had about 90,000 cases, they’ve had about 1,000 hospitalizations. The vast majority are in people who are unvaccinated. Only 8% of people who have been fully vaccinated are among the hospitalized patients,” Gottlieb said. “And so you have a situation where you have a population that has more immunity, not just through vaccination, but also through prior infection. So it’s not having the same impact in terms of causing severe death and disease as it was during the last epidemic.” –CBS News

But wait, PHE also said fully vaccinated people are still dying from the COVID-19 scamdemic and that means the vaccine is “effective.” In fact, the Guardian actually reported that MOST of those who die with COVID-19 are “fully vaccinated.”

Wow.  We live in the strangest of times.  The lies continue and all we can do is keep enhancing our critical thinking, therefore boosting our ability to spot these lies. Stay alert and prepared.  This is really ramping up with the propaganda from the masters that the slaves are expected to believe.