“Rule By Brute Force”: The End of the Age of Benevolence 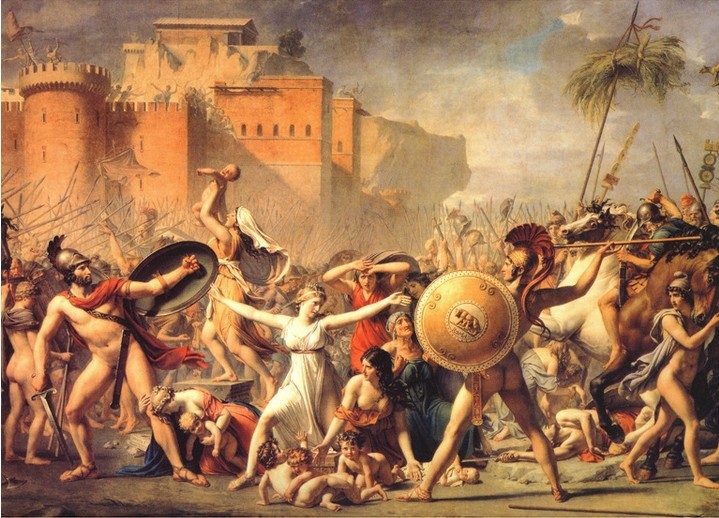 The history of democracy, Marxism and feminism is the history of the snake, which, being hungry for more, stalks its own tail and consumes itself.

Some evenings I sit on the sofa in the family room with my teenage daughter and watch a TV program with her. I leave the choice of the show to her, it matters little to me, and when she finds something she likes she sits next to me, puts her head on my shoulder, and snuggles up for the hour it takes to watch whatever it is she’s chosen.

Occasionally we’ll sneak in another twenty or thirty minutes to the objection of her mother but I like my time with her so I put up with the raised eyebrows and the, “She’s got school tomorrow,” scoldings. It’s important to me that she knows I love her, that I want to spend time with her and that she feels safe when she is with me. Someday, when she is a grown woman I want her to find a man that will take care of her and protect her like I do. I expect no less from a suitor and neither should she.

There will be women who read this who will object to my stance. They will say, “She doesn’t need a man to feel safe or validated or content,” but I would disagree. When she gets older she’ll need a good man, not just any man, and that’s as true today as much as it was ten years, twenty years, fifty years, one hundred years and even one thousand years ago. And it will become even more so as time goes on.

Indeed, we have reached peak denial in our civilization and whether we like it or not reality is about to make a come back.

The freedom that we have enjoyed in the west and the modern democracies that have sprung forth from our evolving and enlightened philosophies over the past few hundred years are not a given. Granted, they are preferable outcomes given our natural state but politically speaking they are an anomaly in the history of mankind and not the norm.

As such, democracy and the systems, social structures and institutions that have grown up around them are grossly misunderstood by the vast majority of the western world. Most of the people living in the west today have been raised to believe that democracy is a moral system of governance and that it is our gift to the rest of mankind. But democracy is not an inherently moral system nor is it a guarantor of linear, progressive political growth.

At its root democracy is quite simple. It is the exercise of political power by the majority over the minority. It is the power to choose in matters of politics. This, of course, begs the question: to choose what?

Since choices in general (and political ones are no exception) can be either good or bad, in this case, both for the individual and the body politic, then it follows that democracy is neither. It is nothing more than a tool for decision making where the majority holds the power to make decisions that affect everyone, either for better or for worse. Democracy is, therefore, a reflection of the character of the people who exercise it.

Additionally, democracy is also the use of soft force. That is, the minority bends to the will of the majority on political matters and the apparatus of the state is responsible for carrying out its demands. The minority consents, willingly or unwillingly not because violence is present but because, by the state’s presence, it is implied.

More importantly, though, democracy is a luxury that is preceded by benevolence but does not necessarily guarantee its continuance or creation if forgotten.

Societies in a state of internal turmoil, or where competing factions vie for political power, often through the use of overt physical violence, will forgo democracy because the primary component for its exercise, order, is absent.

Democracy in the western world has always followed ‘order’. ‘Order’ is a byproduct of force and, like democracy varies in severity on the scale of good and bad, its moral leanings by and large being dependent on the type of people who impose it from the top down. It can be fatherly and benevolent or it can be violent and oppressive. It is never universally both.

Thus democracy usually occurs where ‘order’ has been established and the apparatus of the state is at least somewhat benevolent.

In a political world ruled by strength, order and benevolence are precursors to suffrage. Without either suffrage would not exist, choices would be limited and brute strength would still be the order of the day.

As time progressed, at least in the West, democracy, and universal suffrage gave way to both physical and intellectual freedom for women. In the West during the twentieth century, its political structure (and the intellectual values it embodied) and the industrial revolution it spawned ushered in a new era for women, giving them choices they had not previously had, by and large, since the beginning of recorded history.

Women were finally free to choose between family, career or both. Rather than playing the role of the weaker, subservient sex women found their place beside men in society as intellectual equals. Physical strength was no longer a factor in the social structure of our civilization. An intellectual meritocracy came to be valued over a system based simply on brute force. This structure was the product of order created from benevolent strength.

But the rise of Marxism and feminism, particularly the rise of third-wave feminism has put ‘order’ at risk.

Without order, an intellectual meritocracy will once again become subservient to strength. It’s a hard pill for women and progressive liberals in general to swallow but it’s a fact.

Marxism and modern feminism work continuously towards a perfect world but ignore reality in the process. They forget an important lesson, born true repeatedly throughout history:

There is no utopia.

The best we can hope for in any civilization is for a society to be built and based on fundamental individual rights and freedoms. If we refuse this then we return to what we were before. This means rule by brute force which means the end of political and legal equality for women and the death of democracy itself.

The irony in the dilemma which the West now faces is that our demise, the continual erosion of a democratic, intellectual meritocracy, is by and large spurred on by the very people that our system was created to protect.

Feminists, both female and male, cry daily for more of the same poison which infects us. More illegal and unscreened immigration. More tolerance of philosophies which are intolerant themselves. More invitations for an enemy created by a corrupt and immoral government to ignore our borders and live among us.

More cries for moral nihilism, the repression of speech (one of the cornerstones of their own suffrage) and the denial of fundamental biological reality.

Subsequently, modern feminists decry the men of their own civilization as misogynists, racists, and intolerant while forgetting it was their own men who recognized that a society built on equal political rights for all was preferable to a society built on spoils taken by the strong. They forget that it was the men they live among who valued justice over greed and force so much that they shed the old ways and took their place beside their women instead of in front of them. They do all of this while cheering on the invasion of their own countries by foreign men who view them as nothing more than chattel property. In doing so they have unwittingly invited the destruction of their own freedom.

For those of you paying attention and who can see the contradictions and the resultant decay, pray. Pray that what comes afterward will once again be benevolent.